MANITOULIN—The real estate market on Manitoulin Island experienced a noticeable improvement in 2017, according to a press from Bousquet Realty.

“The increase in sale volumes in dollars was up 51 percent when compared to 2016 (according to the Sudbury Real Estate Board),” said Scott McDougall, of Bousquet Realty, in a press release. He noted most months were more or less on par with previous years, but the sales in August and September were almost double that of previous years.

“The unit sales were only up 35 percent, indicating the average sale price was higher in 2017,” said Mr. McDougall. He noted that it is difficult to say for certain the reason for this increase.

Mr. McDougall explained that with the new lending rules as of January 1, some markets were expecting an increase in the fall. This would be from buyers wanting the lower lending rates before having to quality with the new “stress test.” He explained borrowers with a down payment of under 20 percent must purchase mortgage insurance, referred to as high-ratio mortgages. Under the new home mortgage rules a buyer must now qualify at a rate higher than what their mortgage will be. This rate is the greater of the five-year benchmark rate published by the Bank of Canada or two percent higher than the borrower’s contractual mortgage rate.

“This (stress test) likely had some impact on our lower market, but it was not significant,” said Mr. McDougall. He pointed out, “many of our buyers are retirees, most of which would not be affected by these new rules.”
“I have had a couple of clients explain that they believe the Island may start to see interest from buyers who once owned property in the resort areas between southern Ontario and the Island,” continued Mr. McDougall. “Their traditional cottage country is changing as baby boomers make purchasers in those areas  in increased numbers. Many purchasing these properties to become their primary residences.”

Mr. McDougall said in general this development is positive, but it is important to note that there were many sellers who were highly motivated-giving the buyers some negotiating advantage. He added, “it is too early to tell if the trend will continue this year, however the inventory of listings will likely be lower than it has been in recent years.” 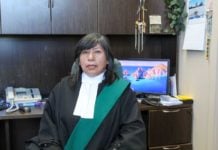