MANITOULIN–How many times has one heard the lament that a YMCA-type facility is not available for residents of Manitoulin? Petra Wall, a member of the Central Manitoulin Economic Development Group, is hoping to make such a facility available, and she needs your help.

The Aviva Insurance Company has accepted a proposal for a feasibility study for a “mini YMCA” through its Aviva Community Fund, however, it is based on a system of votes from the public that will allow them to continue on to the next round of applications.

“Right now we have about 45 votes and are at number 415–we need to be at number 30 if we hope to make it to the next round,” Ms. Wall explained.

“Manitoulin Island, with about 13,000 people, does not have a pool for the community,” Ms. Wall says in a press release. “The young people do not have a recreational facility on the Island for swimming and other recreational pursuits. We would propose a medical component for cardio rehab, relief from rheumatoid arthritis and other medical conditions.”

Proposed in this facility would be two swimming lanes, hot tubs for medical use, an indoor walking track for cardio rehab, a small gym, offices for visiting professionals, a seniors’ centre and a daycare.

“This is for the whole Island, First Nations, everybody,” she said, noting that due to political reasons, she is proposing the facility to be placed near the Mindemoya hospital or Manitoulin Secondary School.

Ms. Wall explained that she once had the people who built the new YMCA in Sudbury come to Manitoulin and they told her that a smaller version would most definitely “fly” on Mantoulin. Ms. Wall has also been in contact with the YMCA who has said they would gladly run the facility. “I have done a lot of research,” she added.

Having a feasibility study–Ms. Wall is asking for $25,000 from Aviva for this– would open doors for further funding from the “big guns,” she said.

A single YMCA facility must serve at least 13,000 people, “so this means everyone (on Manitoulin) must be onside,” she added, noting that in the United States there are YMCAs that accommodate similarly-sized populations.

Monday, October 15 is the cut off date for votes for the feasibility study. Islanders are encouraged to vote by looking up ‘Aviva Community Fund’ on Facebook and typing in idea number ACF13741 or by visiting www.avivacommunityfund.org/ideas/acf13741.Click to Vote 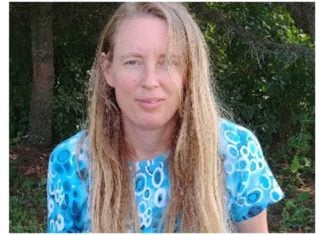