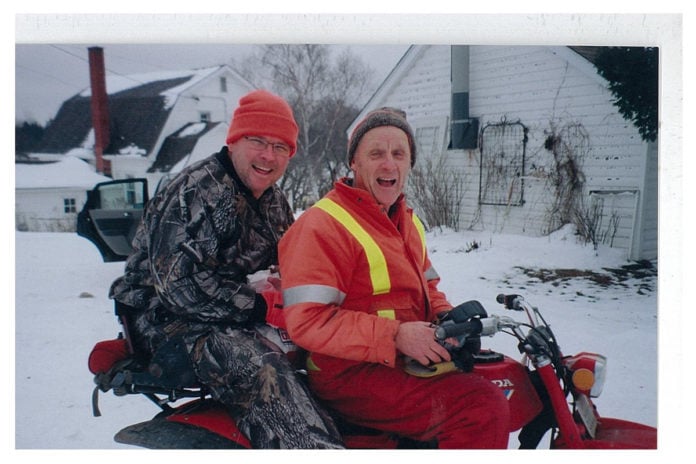 JEAN-CLAUDE BERTRAND
“Johnny”
August 24, 1969 – January 22, 2022
Jean-Claude Bertrand “Johnny” as he was affectionately known by all who knew him died peacefully on January 22, 2022 at the North Bay Regional Health Centre. Johnny was born on August 24, 1969 in Chapleau. Predeceased by his father Jean-Guy Bertrand, mother Aline Foisy Bertrand and sister Linda Bertrand. Johnny will be greatly missed by his partner Deanna Dewar, daughters Ava and Sophie Bertrand, in addition to his sisters MJ and Dianne Bertrand and many extended family members in North Bay and on Manitoulin Island. Johnny was loved by everyone who knew him, and he made lasting friendships with his childhood friends from his neighbourhood, schools, sports and work. He lived a full life on his short stay here on Earth and was always the life of a party. No one could tell a story or joke like Johnny. His infectious smile and humour made everyone laugh and want to be a part of Johnny’s world. He was a real gentleman, greeting everyone by name (young or old) and took the time to connect with you about something personal in your life. He never forgot a person, or what was happening in their life and made an effort to listen and support them. Even on his last day, Johnny was greeting his friends and colleagues individually, shouting out their names, giving them the attention, he felt they deserved. Johnny attended Ecole Secondaire Catholique Algonquin where he met many of the friends he continued to hold dear up until his passing. Johnny was a skilled paramedic and worked with the North Bay Ambulance Service for 14 years before he transferred to the West Parry Sound Ambulance Service where he spent the rest of his career. When Johnny wasn’ t working, he was busy renovating his house, looking for adventure or playing various sports such as hockey, cycling, running and swimming. His favourite though, which brought him many good times, was slo-pitch where he was known for his “Tomahawk Chop.” Johnny owned a lawn care business, Rakers Lawn Care and was very generous by sponsoring the ball team for a few years. As a hands-on father, his greatest joy in life was his daughters. Ava and Sophie will have many fond memories of their “Papa” at their swimming lessons, summer camping trips and quiet times around the bonfire on Manitoulin Island. Johnny was a caring, sociable, fun loving, practical, “salt of the earth” guy who faced health challenges due to his diagnosis with Cadasil Disease with bravery and grace. Johnny was a selfless soul. He always looked for the best in a situation and would make light of it to help those around him. When Johnny knew the end was near, he provided an opportunity for family and friends to cope and heal. He stayed positive, visited with old friends and family, making time for personal goodbyes. Johnny continued to think of others until his final moments, as he donated his organs to the Gift of Life for transplant and to hospital research teams across the province. Johnny left us with his quote, “When the powers to be give you a bag of lemons, you make lemonade, right? Well okay. I’ll see you at my stand!” Donations can be made to the Canadian Organization for Rare Disorders (CORD).