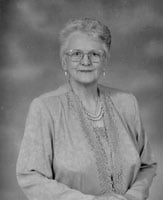 Joan Margaret Lemons (nee Corrigan), born in Wiarton, Ontario on July 5, 1926, passed away peacefully February 15, 2013 at age 86. Daughter of Stanley “Cork” Corrigan and Alice (nee Swinton) and predeceased by her husband Robert Lemons. Joan is survived by her brother James Corrigan (Monica) of Mindemoya, Manitoulin Island, Fran Hammond (Orv) of Bracebridge, Ontario, daughter Fran E. Parry of Kitchener, her son Stan “Cork” Lemons (Linda) of Cairo, NY, Ed Josefchuk (Mary Ann) of Somonauk, IL, ten grandchildren: Tammy, Scott, Amanda, Tiffany, Nicole, Spencer, Suzanne, John, Julia and Jared, ten great grand children, and many nieces and nephews. After graduating high school, she joined the Canadian Women’s Army Corp during World War II. She met her future husband, Robert Lee Lemons, a sailor in the United States Navy in Washington, D.C. After two years, Robert and Joan were married on February 9, 1946. Married for 32 years, they lived in Lisle, Illinois. Joan was a loving wife, mother, grandmother and great grandmother. She led a life of service to others. After receiving a graduate R.M.A. degree, she worked as the office nurse for a doctor and as a geriatric care nurse in her area. She always made time for helping others and especially loved young people. Joan was one of those people who was always young at heart. She had a bright and ready smile, an easy laugh, and an understanding way. Joan and Robert travelled around the world. After her husband’s death in 1978, Joan took in many hockey boarders. A great friend to so many, they called her Mom L or Mrs. L. Retiring from nursing, 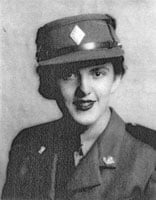 Joan worked for Tellabs in the U.S. as a supervisor. Finally retiring from the work force, Joan moved to Bracebridge to be near family. Joan loved her Church and her country; she was a past director of the Bracebridge Kinettes and a member of the Eastern Star. To be closer to family, Joan moved from Bracebridge to Elmira and then residing at The Village of Winston Park in Kitchener, Ontario. Joan was known by many and loved by all. The “beautiful one” will be remembered always. The committal will be at the Mindemoya Cemetery at 11:30 am on Friday, May 31, 2013. A luncheon will be at the Mindemoya Curling Club, Thorne Street following the committal. As expressions of sympathy donations may be made to The Manitoulin District Cenotaph or The Canadian Diabetes Association.