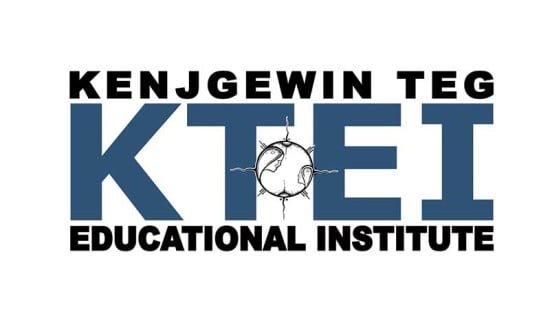 “This is a brand new program that we are excited to be offering,” KTEI Executive Director Stephanie Roy told The Expositor during an interview last week. “It will be a full-day, 9 am to 3 pm, Ojibwe immersion program. Central to the program will be following the Anishinabek calendar and integrating traditions and practices, in addition to the language focus. It will also be utilizing the land base and environment as much as possible.”

The KTEI Early Immersion Program will start this fall with JK students and continuing through the program over the next five years until the end of Grade 3.

Ms. Roy explained that the idea for the program arose from a need that was identified last winter during a survey of over 470 First Nation homes across the Manitoulin Island region.

“This survey was largely undertaken as a result of the current reality in the UCCMM (United Chiefs and Council of Mnidoo Mnising) territory. Current strategies, while good intentioned, have not generated new Ojibwe speaking citizens under the age of 40 from 1970 to 2013,” said Ms. Roy. “What came out of this survey was a high level of immersion support and a desire for language revitalization. In response to these results, the Mnidoo Mnising Anishinaabek Kinoomauge Gamig (MMAK) is a new strategy and initiative that will centre on an Ojibwe-based language learning program for children, an initiative that will be led by KTEI with the support of the UCCMM Tribal Council to be completed in three phases over the next five years beginning this fall.”

The program will be delivered out of one of KTEI’s community-based sites in M’Chigeeng, however a specific location in the community has yet to be identified.

“We are hoping to generate enough interest that we will have a full class of 12 students for the first cohort,” continued Ms. Roy. “There are no programs currently like this (full-day immersion) offered on the Island and will be open to any JK aged students on Manitoulin Island.”

The program will be offered at no charge for students who would otherwise be attending a First Nation School on Manitoulin, as Ms. Roy explained, “all the costs are factored into our program delivery.”

“We also have a great working relationship with the Rainbow District School Board and in the past have worked with them on reverse tuition agreements,” Ms. Roy responded when asked about parents of non-First Nation students who may wish to be a part of the program.

Ms. Roy told The Expositor that the immersion program would be a big commitment for not only the students, but for the families of the students in terms of support. In order to provide more information to potential parents about immersion and the program, KTEI will be offering an information session on Thursday, May 23 at 2 pm.

“The terms ‘immersion’ and ‘early learning’ can generate a lot of confusion,” shared Ms. Roy. “That is why we will be hosting an information session in order to allow parents and guardians who are interested in enrolling their children to come and ask questions, have concerns addressed and talk to the staff here who have worked on developing the program.” 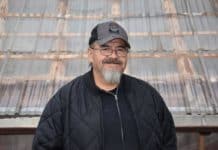 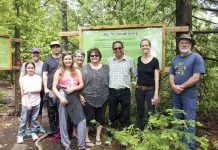 Signs tell the original story of the Cup and Saucer 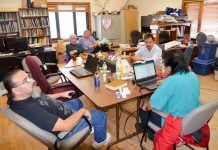 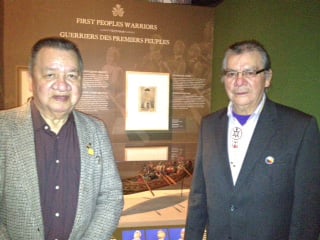