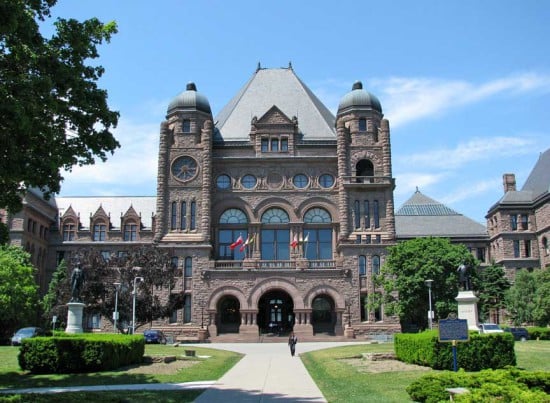 It appears that one of Dalton McGuinty’s own inner circle is second-guessing his decision to prorogue parliament. This effectively shuts down business of government completely and handicaps any iota of work being done, good or bad. Kathleen Wynne, (Liberal) Minister of Housing and Municipal Affairs, was one of the first to step up to the plate and call it like it is.

Ontarians will have to decide themselves what the real reason is from one of the many reasons suggested in media releases to shut down legislature. Is it attempting to run away from discovery of criminal and moral wrongdoing to the tune of billions of dollars in the closing of power plants, the ORNGE episode, or one of the many other boondoggles the premier is involved in now.

I would like to lay total blame on the opposing parties in government, being NDP and Progressive Conservative. How do they let this individual get away with it without doing something? It is easy to stand up in front of camera and call McGuinty what he is. I can do that. As opposition politicians, NDP and PC, why aren’t you making some effort to stop this virus called McGuinty on democracy? As stated above, McGuinty’s own party is in shock. I ask, is there not some rule in your book of dirty tricks that you can appeal to the Lieutenant Governor? Is there not some procedural rule to stop this?

I say to my own member of parliament and challenge him as an NDP. Do something other than brag what you would do or how bad McGuinty is. Do something other than talk—take action in any way that is legal and attracts attention of a government who is sinking. This bears a striking resemblance to the Costa Concordia in Greece whose own captain, like McGuinty, left crew and people to perish and deserted his ship.

Do what taxpaying, working Ontarians do when annoyed with government abuse. Get out on the front lawn in Toronto and demonstrate. Stand out in the cold! Think what we do to unions, federations etc. that fail to do their work. We lock them out as you have been by McGuinty and strangely enough, I hear you saying you want to work. Then prove it! Get out of your comfortable office and demonstrate on the front lawn. What do we do to people who do not work? We don’t pay them! They also lose pension time and not allowed to claim Employment Insurance when they refuse to work for no good reason.

The news recently worldwide has drawn attention to a tragic story of how bullying can lead to horrible ends. To me, we are witnessing one of the best. Shut down our lifeline, a working government, if things don’t go your way.

Hospitals continue to wait for promised small and rural funding