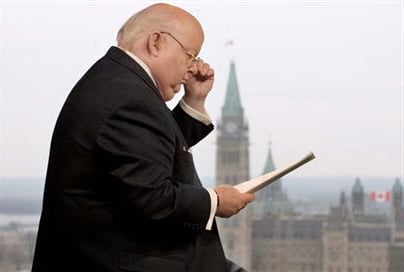 On everyone’s mind this week is the horrible, disastrous flooding out in western Canada which also has claimed human life. The true costs still to be close to an realistic amount have started at over 400 million dollars. This has insurance companies running for the doors to find ways in which to deny claims and or avoid obligations to their clients. This, despite record profits of banks (one report by Globe and Mail has the Royal Bank alone, in a quarterly period, not yearly, with profits of $1.9 billion) and insurance companies (2012 one report has them in one year at $4.4 billion).

Over $400 million early damage estimate? That is a familiar figure. Wasn’t that very close to the cost of scrapping the power plant in Oakville, just recently thrown away and flushed down the toilet? This scandal still completely unanswered as to accountability and full disclosure to the public.

The ORNGE scandal had funneled over 730 million tax dollars over five years (Ontario Auditor General figure) and those costs had risen 20 percent above that in costs to taxpayers. That scandal went un-answered as to accountability and disclosure to tax payers.

Meanwhile those politicians who are charged with overseeing and watching the public purse were prorogued “with pay” and the federal government this year broke early for summer vacation “with pay.”

One could become very angry when you realize that with all the financial abuse our wallets have suffered under the McGuinty\Harper Government, flood victims out west could be set back on their feet without hesitation. Not to mention having money left over, tax monies to provide for our aging population health care issues, unnecessary and damaging belt tightening in education.

Then if you factor in federal waste of monies that came from the same taxpayer pocket for the enjoyment of people like Mike Duffy, Pamela Wallin. Fishing trips of the defence minister and others, the gun registry and glasses of orange juice. John Baird using government accommodations abroad for personal use and enjoyment of his friends. Again at a cost to taxpayers to name just a few.

Medical care and access to it, always a battle for Canadians. Schools constantly having to justify their existence. A large part of budgets of helping, necessary, life sustaining entities to the people, paid with government (tax payer funding) spend a huge amount of their budget money hiring people to audit their books, several times a year, finding ways to cut the bottom line while politicians go unchallenged. Meanwhile, no checks and balances to ministers of government free rollers.

Remember the mission statement of the government, a penny saved, is a government oversight!