WIKWEMIKONG—The Wikwemikong Heritage Organization (WHO) hosted a book launch at the Wikwemikong Library on Friday, January 27 featuring a series of robust children’s books on the Anishinaabe clan system.

“Context is important,” noted WHO Cultural Programmer Brian Peltier during the launch. “Too often language courses focus on the word, but not the context.” The Dodemiwin books, which double as a language teaching tool, seek to overcome that shortcoming by the inclusion of phrases.

The five Dodemiwan books can be purchased as a set for $75. “It’s cheaper to buy them in a set,” noted Mr. Peltier, who pointed out the production print run is currently in relatively small numbers. “They are very expensive to produce.”

Plans are in the works to move the books into an online resource that will include audio so that people can hear how the words themselves are pronounced.

Mr. Peltier, who authored the works, noted that his writing style contains an oral element. “I write by first holding a recorder in my hand and speaking the words,” he said. The process is important, noted the author, “because if I start out by writing it out in English, it doesn’t come out right.” Instead, he composes his thoughts and the structure and text of a book verbally, and then constructs the Anishinaabemowin text before moving on to the English translation.

In that way he seeks to maintain the spiritual connection of the language in the Anishinaabemowin component.

“Our language is very spiritual,” he noted.

Educator Chris Pheasant was on hand for the book launch and announced himself very impressed with the works. He noted that the WHO also has an Anishinaabemowin app that is available online and asked if the works would be included in that venue. “It’s nice to be able to click on the word and hear the way it is said,” he said. “Maybe it could be like those birthday cards you open and they sing to you. You could turn a page and hear the word.”

Mr. Peltier smiled and said that might be a great idea, but that audio will be coming in the future as part of the online resource. 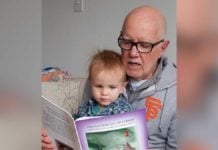 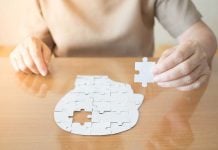 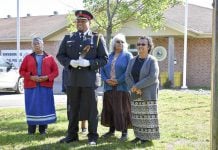