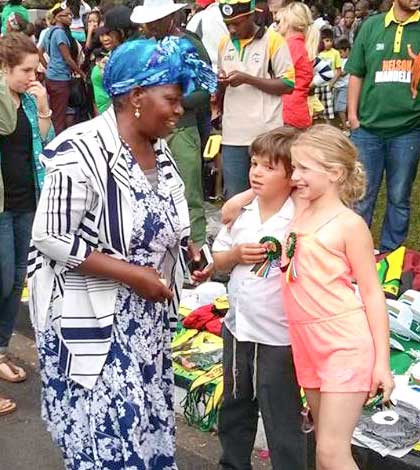 When Nelson Mandela died this past Thursday, I knew almost immediately. We heard the buzz of media helicopters humming in the evening air like mechanical mosquitoes but it was only when my husband Rich’s phone rang at about midnight, a Toronto number on the screen – the CBC – and we checked the Internet that we realized that Madiba (his Xhosa clan name), the father of the Rainbow Nation, had passed.

It wasn’t a sudden death. Mandela had been ailing for a long time – he spent 85 days in hospital this past summer with a lung infection. But that’s not to say he was out of sight, out of mind. Though he retired from public life in 2004 (“Don’t call me, I’ll call you…”), his presence in the cultural and social landscape of South Africa remained undiminished. He was their Tata – father – revered for his role in uniting an almost impossibly divided country upon his election as president in 1994.

I spend a lot of time in Johannesburg. My husband’s been working on a book for the past three (almost four) years, and has been based out of Orchards, a neighbourhood in the northern suburbs, just up the road from where he grew up. It also happens to be around the corner from Mandela’s home in Houghton.

Joburg is an outdoor city. The weather is the polar opposite of Northern Ontario winters and when I’m here if I’m not on my bicycle, I’m out running the hilly, jacaranda-shaded streets. My training runs often take me past the Mandela house, though to be honest I didn’t realize it was his house at first. It’s about as nondescript as you can be in a neighbourhood of huge estates and high walls. (Though the stones painted by children placed neatly around the trees alongside the property wall should have given it away. Or the ever-present camera crews. Or the fact that the Mandela Foundation is just down the street.)

Early on the morning we heard about his death, Rich and I walked to his house to see what we could see, journalists that we are. Footage from the night before showed a large gathering of people singing and lighting candles, but that morning there were more journalists setting up camp than citizens paying their respects. A memorial made of candles and flowers (it would only grow in the days to come) lay in a jumble on the narrow stretch of lawn in front of the walls around his house.

When we came back a few hours later, however, things had changed. The roads had been blocked off and the two news vans had multiplied into twelve, satellite dishes pointed to the heavens. People streaming in and out of the cordoned off area, coming to pay their respects. The mood was less than sombre. People were singing, dancing, smiling, and taking photos of each other posing against the flower-covered barricades that blocked the street to the entrance of the house.

On one of the lawns hawkers had set up their wares – flags and t-shirts with Mandela’s face; buttons bearing Mandela’s image, surrounded by ribbons in the black, green, and yellow of the ANC (the African National Congress, the party Mandela led, and still the ruling party today). As much as citizens were mourning – and they really did mourn – they were celebrating. Celebrating the life that Mandela had created; the feeling of unity, no matter how fleeting, he still had the power to inspire after all these years. It was a heart-lifting and heart-rending sight.

Mandela was (is) not simply a political leader. He was a father to a nation looking for guidance after years of violence, hatred, and inequality. His loss is felt keenly by each and every South African. And just like I didn’t realize that I was running past his house for months and months, I didn’t realize that I would miss his calming presence in my world until he was gone. Rest in Peace, Madiba.

The Expositor is pleased to welcome journalist Medeine Tribinevicius back to these pages after nearly 15 years absence. Ms. Tribinevicius, when she finished her OAC coursework at Manitoulin Secondary School at the end of the first semester in 1998-99 academic year, opted to do a co-op placement at The Expositor for the second semester and then stayed on the staff for a summer job before beginning studies at the University of Toronto. Since graduation and further study, she has travelled and written widely and her travels (with her husband Rich) landed her in South Africa just at this time. She was able to quickly obtain press credentials for the Nelson Mandela funeral and her report on this major world event will appear in next week’s edition of The Expositor. 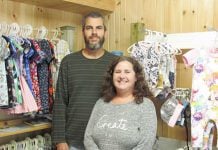 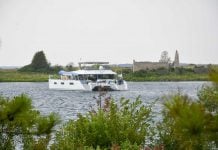 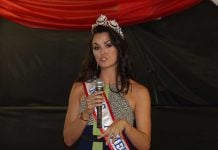