A case for the condemnation of socialism

The October 4, 2018 edition of the Financial Post featured an article dealing with the issue of the high cost of electrical power in Ontario. The piece was written by Fraser Institute stalwarts Ross McKitrick, Elmira Aliakbari and Ashley Stedman. As the evidence and conclusions presented reflect well on the case made some weeks ago, it might be interesting to summarize the work.

Anyone paying electrical bills in the province will probably be familiar with the term global adjustment (GA). The Green Energy Act provides long term price guarantees at above market rates to renewable power generators. To fund these subsidized contracts Ontario attached an extra charge to the GA. Power prices have soared since 2009, not because power costs more to generate but because the GA has risen dramatically. Between 2008 and 2017, the GA grew from less that one cent per kilowatt-hour to about ten cents, accounting for the entire increase in Ontario electricity costs over that time. It is clear that the key to lowering power prices in Ontario is to reduce the GA.

The largest component of the GA funds subsidies paid to renewable energy sources (predominantly wind and solar) yet these sources provide only seven percent of Ontario’s power. Mr. McKitrick and his associates have calculated that reducing the GA could bring down electrical power costs in the province approximately 24 percent. The logical step is to use legislative power to cancel the feed-in tariff subsidies.

Of course that would be the logical option. There are others, one of which has been supported in a number of submissions by others to this newspaper. I write of course about the Naomi Klein option. How would that all work and do we have any evidence as to the effectiveness of Klein economics?

To quote from an article written by James Kirchick in the LA Times, “In the form of the Bolivarian Republic of Venezuela, the world has a petri dish in which to judge the sort of policies endorsed by Klein and others.”

As Hugo Chavez came to power in Venezuela, Ms. Klein became a stout supporter of his economic policies. In 2004 she signed a petition headlined, ‘We would vote for Hugo Chavez.’ Three years later, she lauded Venezuela as a place where “citizens had renewed their faith in the power of democracy to improve their lives.” In her 2007 book, ‘The Shock Doctrine,’ she portrayed capitalism as a sort of global conspiracy that instigates financial crises and exploits poor countries in the wake of natural disasters. Ms. Klein declared that Venezuela had been rendered immune to the “shocks” administered by free market fundamentalists thanks to Chavez’s 21st Century Socialism, “which has created a zone of relative economic calm and predictability.”

Here is a very brief summary of the conditions that exist in Venezuela today. Approximately 2.4 million people have voted with their feet and left the country since 2014. Colombia, Spain and the USA have received the majority of the economic refugees. I listened recently to a documentary looking at medical conditions. The hospitals have run out of drugs including antibiotics. Spare parts for hospital equipment are not available so items such as incubators and monitors are no longer functional. Even if they were, power cuts and the lack of running water makes things very difficult for the medical staff. Infant mortality has increased by 30 percent and maternal mortality by 66 percent. Moving to the economics, GDP is expected to contract this year by 15 percent. The third straight year that the economy has contracted by double digits. Inflation in 2015 was 112 percent, last year it was 2,400 percent and by the end of this year predictions are that it will exceed a million percent. One interesting stat that I noticed indicated that the average person in the country has lost 17 pounds. Market shelving is bare. There is little food available. There are no stray dogs on the streets of Caracas. The same for cats and rats!

To return to James Kirchick, “The tragedy of Venezuela is the predictable result of what happens when a strongman wages, in Chavez’s own words, ‘economic war on the bourgeoisie owners,’ cracks down on the media, prints money with reckless abandon and implements all manner of harebrained socialist schemes.”

Ms. Klein retweeted the following about Chavez following his death, “Yes, the Venezuelan president could be a strongman. But he leaves behind what might be called the most democratic country in the Western Hemisphere.” Perhaps her version of democratic is how the term “democratic socialism” came to be. If there ever was an adulteration of epic proportions in the use of the work democratic, this has to be it! Socialism is exactly that, no amount of sugar coating will change the doctrine. The body count at the end of the twentieth century attributed to socialism was in the order of 100 million. The count continues. 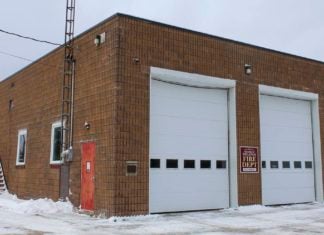