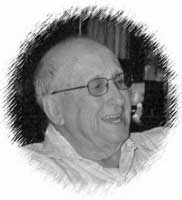 Lewis Rowland, age 87, passed away peacefully on April 21, 2014 at the Manitoulin Centennial Manor. He will be lovingly remembered by his brother Charles (Sheila) and Sister Lilly (Ed, predeceased). Lewis was predeceased by his sisters Jean and Dorothy. Lewis will be fondly remembered by his nieces and nephews, Robert (Mary-Lea) Third, Bruce Third, Margie (Rick) Briddle, June (Roger predeceased) Oliver, Leanne (Roger) Ritchie, Ellen Tate, John (Joan, predeceased) McNiel. He will be sadly missed by many great-nieces, nephews and cousins. Visitation for Lewis was held on Thursday, April 24, 2014 at 6 pm until 9 pm at the Island Funeral Home. Funeral service was held on Friday, April 25, 2014 at 2 pm at the Island Funeral Home. Donations in memory of Lewis may be made to The Kidney Foundation or The Manitoulin Centennial Manor. Share your memories, condolences and photos on the Island Funeral Home’s website at www.islandfuneralhome.ca.