LITTLE CURRENT—The evening was filled with camaraderie and fellowship as Lions from across the district gathered to help the Little Current Lions Club celebrate the occasion of their 80th Charter Night at the Manitoulin Hotel and Conference Centre on November 3.

The occasion took place under the practiced hand of master of ceremonies Marcel Gauthier who introduced the guests of honour, kept the agenda moving forward and filled the downtime with the gentle banter for which the veteran Lion is known.

Lion President Bruce Burnett offered opening remarks welcoming everyone to the venue before the assembly was led in the singing of ‘O Canada’ by local volunteer Wendy Gauthier. Lion Alicia McCutcheon delivered the toasts to the Queen, Lionism and guests before the head table was introduced by Lion Gauthier.

Lion Laurie McCulligh delivered the invocation before the Lions and their guests settled into a delicious dinner of prime rib.

During the traditional Lion roll call it was revealed that guests were attending from across the North Shore and Sudbury, although the representatives of Island clubs were limited to members of the South East Manitoulin Lions Club.

Mr. Mantha was the first of the invited guests to speak following the dinner and he spoke at length about the important role that service groups such as the Lions Clubs across the riding play in making the world a better place—a role from which he takes inspiration in his own role as a public servant and individual and as representative of which Mr. Mantha invoked the Lion’s motto “We Serve.”

Outgoing District Governor Olsen was invited to speak of the importance of the Service Dog program, a special project focus of Lions Clubs and in particular the use of service dogs to support people who suffer from seizures. The seizure service dog program has a personal interest for Lion Olsen, he noted, as he has had his own experiences with seizures.

As a gift to the outgoing District Governor, the Little Current Lions presented him with a $500 donation toward the service dog program.

Before becoming its own distinct program in 2001, Dog Guides for people with epilepsy were trained under the Service (formerly Special Skills) program. Since becoming a separate program, these dog guides have gained greater recognition for the incredible service they provide to their handlers, noted Lion Olsen.

Trained to assist individuals six years of age or older with epilepsy, Seizure Response Dog Guides are capable of activating an alert system or barking for help in the event of a seizure. Their ability to respond and react quickly makes them a trustworthy companion and provides their handlers with the confidence to live independently.

“They can even sense a seizure coming on before it happens,” noted Lion Olsen. “The dogs will crawl under someone lying on the ground to keep their heads from banging on the ground and injuring themselves.”

Little Current Mayor Al MacNevin spoke about the important work that Lions and their supporting volunteers do in the community. He noted the many sides of Lion Gauthier, who has recently retired as a town councillor and the roles that Lion Gauthier has played as a volunteer, particularly as a master of ceremonies at so many of the events Mayor MacNevin has attended in his official capacity.

Throughout the evening, Lion President Burnett drew door prizes for the guests consisting of small gifts of appreciation. Secreted on the bottom of a random group of chairs sprinkled throughout the room were playing cards redeemable for a free ticket to the Lions’ popular Catch the Ace progressive raffle.

In closing remarks, Lion President Burnett took those in attendance through the good works of the club, including donations of over $92,000 so far from various fundraising activities in 2018. “And we aren’t done yet,” quipped Lion President Burnett. The list of recipients in the Charter Night program are a virtual Who’s Who of Island service and volunteer groups and organizations stretching from hospital auxiliaries, Manitoulin Centennial Manor, the Royal Canadian Legion, Library Outreach, Navy League, the Manitoulin Health Centre, the Little Current Fish and Game Club and a host of individuals that the Lions have assisted throughout the year. Those programs have not been limited to the boundaries of Little Current, but have spread across the Island communities, Espanola and the North Shore—even so far as Sudbury and beyond.

The Little Current Lions Club has been serving the people of Manitoulin since 1938, 80 years of devoted public service that Lion President Burnett said the club intends to continue into the next 80 years. 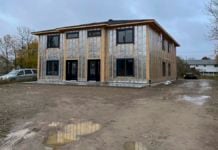 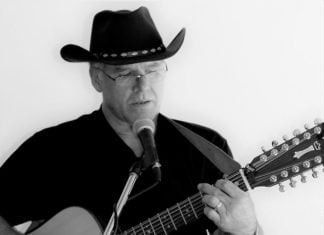 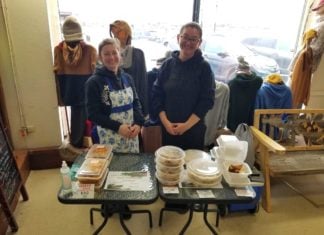