MONTREAL—Softwood lumber has long been a sticking point in trade relations between the US and Canada, as US producers bristle at the way timber rights on provincial Crown land are sold. That dispute came to a head recently, as the US Department of Commerce imposed an interim tariff on Canadian timber of 19.88 percent on Canadian exports into the US, and made that tariff retroactive to January.

EACOM Timber Corporation, which operates the mill in Nairn Centre, ships as much as 50 percent of the production from its mills in Ontario and Quebec into the US, according to Christine Leduc, director of public affairs at EACOM’s head office in Montreal. The new tariff regime will doubtless impact the company’s bottom line, in fact in some ways it already has.

“We have already seen a softening in US demand,” she admitted.

The company has five sawmills in Ontario, four in the Northeast, and the US market is a large focal point for some of those operations. “Clearly it will have an impact,” said Ms. Leduc of the tariff.

Asked how the tariff will impact the company’s operations, she said that determining that “is actually complicated. For us right now, prices are higher,” she continued, citing a number of factors that may impact the market. “Certainly we know that the Department of Commerce review tended to push prices up. It is also possible that customers are holding inventory in advance.” If customers had purchased extra inventory in anticipation of the imposition of the tariff, that could also help to account for some of the softening in demand.

The ruling by the Department of Commerce had been telegraphed for several months trending from the expiry of the previous agreement. In the long and storied saga of the softwood timber trade between North America’s largest trading partners the US has previously imposed tariffs, only to lose the dispute when challenged in the courts.

In the short term, however, the slowdown in orders will have an impact on Canadian mills.

The Nairn and Timmins mills tend to supply the still robust Toronto market, while some other mills, such as that in Ear Falls, are better poised to benefit (or suffer) from a downturn or protectionist measures in the US market.

In the end, it looks as though the main losers in this latest round of trade actions will be the American consumer. The US supply is unlikely to be able to meet the demand of their domestic market, Canadian wood fills as much as 30 percent of the US market.

Ms. Leduc said she had difficulty responding to a question as to whether job losses at mills impacted by the American market would transfer to mills such as that at Nairn Centre that are more domestic market oriented. “There are so many details involved in that,” she said, pointing out that there are numerous collective bargaining agreements with the company’s union partners.

Instead, Ms. Leduc noted that the company and its workforce work well as a team, focussed intently on reducing production costs and improving efficiencies.

“We endeavour to share timely information with all of our employees,” she stressed.

EACOM Timber Company is headquartered in Montreal, Quebec and all of its operation are located in either Quebec or Ontario. 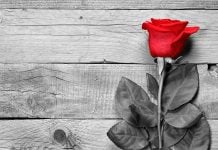 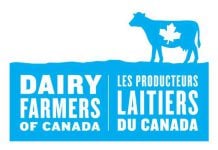 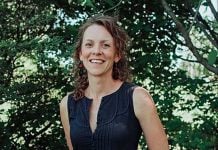 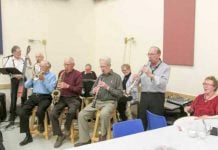