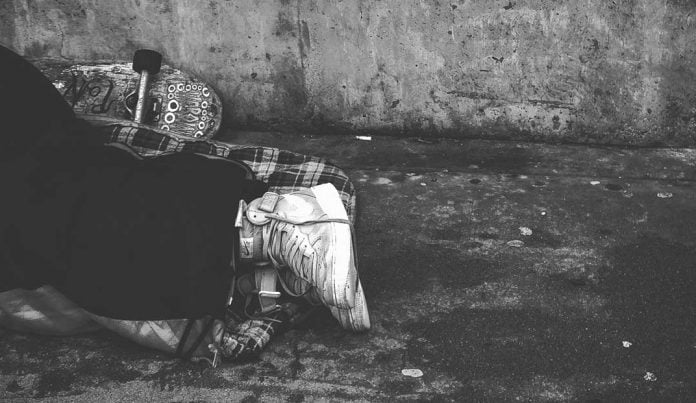 ESPANOLA—The province has committed to ending chronic homelessness by the year 2025, with a long-term goal of ending homelessness, period. As part of the ground war to end homelessness, the Manitoulin Sudbury District Services Board (DSB) has been tasked with conducting local enumeration (basically counting) of people experiencing homelessness in the communities it serves over a set period of time.

The goal, said Donna Stewart, director of Integrated Social Services at the DSB, during her report to the March 21 meeting of the DSB board, is to “help service managers (DSB) and the ministry better understand the scale and nature of homelessness across the province, as well as inform current and future policy and program design.”

The count is being conducted in order to provide a “snapshot” of homelessness, including information on the scope and nature of homelessness in communities across Ontario, continued Ms. Stewart. By conducting the count over a set period of time (in the Island communities’ case this will be over the month of April, primarily mid-month) the province will be able to establish “a baseline sample that can be used to track progress in reducing homelessness and chronic homelessness over time; enable provincial reporting on the problem of homelessness; and provide data that the DSB can use to monitor the impact of local strategies and initiatives.”

The enumeration will also provide information needed to “drive change, spur innovation and enable continuous improvement,” and, of course, to measure whether the various programs and initiatives are in fact working to reduce homelessness.

“Homelessness in our rural communities tends to be relatively invisible,” said DSB CAO Fern Dominelli. “Most of the homeless we have would be categorized as ‘couch surfers’.” That is, people who do not have a home of their own but depend on the good will of family and friends to provide temporary shelter on an ad hoc basis.

Mr. Dominelli noted that the DSB tends to deal with severe cases of homelessness by providing those without shelter with a night’s accommodation and a bus ticket to a larger centre where there are shelters to accommodate them on a longer term basis. “We ourselves do not have shelters, as such,” he said, noting that the closest thing available on Manitoulin Island would be Haven House, which is geared to providing shelter to women and children fleeing domestic violence.

The DSB has contracted an outside agency in order to secure the expertise necessary to properly conduct the homelessness enumeration through a request for proposals (RFP) competition. “Carol Kauppi, who is a director at the Centre for Research in Social Justice and Police and for Poverty, Homelessness and Migration from Laurentian University was the successful proponent of the RFP process,” said Ms. Stewart.

The homelessness enumeration plan designed by Ms. Kauppi was submitted to the Ministry of Housing following approval by the DSB board at its October, 2017 meeting and the ministry has approved the plan.

Due to the vast geography of the DSB, it was decided that the “snapshot” would involve a selection of communities that represent 47 percent of the catchment population (13,821 of the total 29,581 population)—that is well over the 30 percent recommended by the province, but necessary to adequately capture each of the four regions of the DSB catchment.

The communities selected include two Island communities, Little Current and Mindemoya, as well as Espanola, Chapleau, Noelville, Markstay and Foleyet.

As counting the homeless is particularly challenging in the largely rural DSB region, due to the issues of invisibility outlined by Mr. Dominelli, the count will involve “a multi-day count of the homeless by accessing them through a variety of service organizations that are likely to be used by persons experiencing homelessness,” explained Ms. Stewart.

The designers used the Internet, telephone directories and networks of identified service providers to create the list of agencies who will be invited to participate in the project.

The dates of the enumeration will be largely held over seven consecutive days in each of the study communities, but some agencies will also be conducting surveys outside of that timeframe where there is an event that would be beneficial to the project.

“The DSB staff are asking that mayors in the communities being enumerated assist by providing a letter of support to their community partners encouraging them to participate,” said Ms. Stewart. “A letter from the DSB chair will go out to the mayors asking for their support to ensure success of the project.”

“It has to include vulnerable people as well,” cautioned DSB Chair Les Gamble. “Homelessness and vulnerability are tied together.”

In response to a question as to whether the survey would take in Indigenous peoples as well, Ms. Stewart noted that it would include those living off-reserve.