Lucus Little, an alumni Panther player and coach, was diagnosed three weeks ago with non-Hodgkins lymphoma (NHL), a type of cancer that starts in the lymphocytes (a type of cell of the lymphatic system).

“I had been sick, losing weight, and I was tired,” explained Mr. Little. “After the diagnosis a few weeks ago I had to leave work (at the Lockerby Mine) and I’ve started chemotherapy treatment.”

“We have been pretty stressed and nervous,” shared his wife Amanda. “We really appreciate everyone’s positive thoughts and well wishes and we are grateful for the association to have organized something like this (the fundraiser).”

The Little family have four children including 13-year-old Jayden, who plays for the Bantam Panthers, 10-year-old Caylee, eight-year-old Rylyn and seven-year-old Landen.

“I was the manager of the Atom and Peewee team when Lucus coached,” said Cathy Wilkins, an executive on the Manitoulin Panthers board who helped organize the fundraiser. “Our sons have been on the same team for years and I know the family. We had another fundraiser a few years ago for a different family and it turned out well and I knew from organizing the Panthers 25th anniversary alumni game a few years ago that we would have some interest. We put it together and it really worked out. The players had a good time and we had a great turn out, raising $4,330 between admission, a puck toss and a silent auction.”

“Thank you all for coming out tonight to support Lucus and his family,” said Mr. Abottossaway.

“Lucus is a great hockey player, great defenseman and a gentleman on and off the ice,” added Mr. Leblanc. “Our heartfelt hopes are with him and his family for his recovery.”

The puck drop was by Lucus’ dad Dave Little, who also coached the black jerseys, a team of alumni players who played alongside Lucus.

It was a great evening of hockey and the packed stands and generous silent auction table demonstrated how Islanders will always stand together to support a fellow Haweater in need. 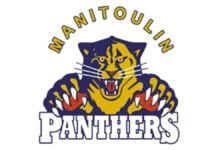 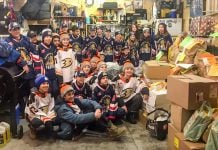 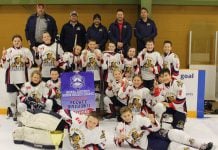 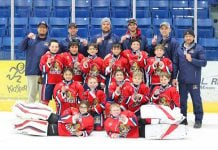 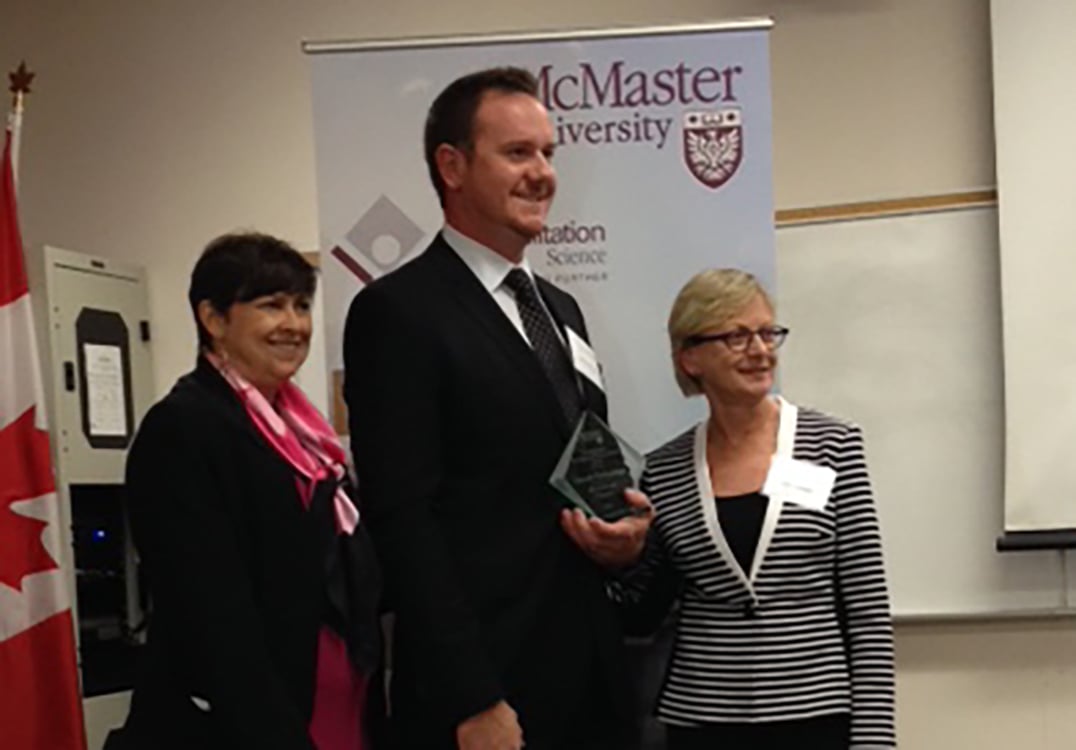