LITTLE CURRENT – While she may no longer be a member of the Manitoulin Centennial Board of Directors, the Manor board has appointed Wendy Gauthier as a public member of the board.

At a Manor board meeting last week, Ms. Gauthier explained, “I came across an agreement with the government, that indicated my term on the board was to end January 4, 2021. My first term was four years long, and they notified me prior to my term ending that it could be renewed.”

Ms. Gauthier said that she anticipated her second term on the board was also for a four-year term and that regardless, she had not been notified by the province that her term was ending. “When I logged onto the government website I found they had logged me as being off the board. So, I’m not legitimately part of the board.”

“You can stay on as a member of the public, but you just won’t be able to vote (on motions put forward by the board),” board chair Pat MacDonald said.

It was pointed out by Ms. MacDonald that “what might have happened is that they (government) may be leaving everything as is (in terms of board appointments, until things get back to normal after the pandemic).”

Tamara Beam, administrator of the Manor told the board she will get in contact with the province to see what the status is for Ms. Gauthier, whether she can remain on the board or not.

Also at the meeting last week, Ms. Gauthier explained that the Tree of Lights campaign saw an increase of $17,000 in 2020 compared to the previous year. “We had a significant increase in the number of new donors, and amounts donated.” She also noted that $162,000 has been raised in the past six years of the fundraising campaign.

“I am truly amazed at the generosity of the Island community. Even in tough times, people see the need and they put funds forward to the Manor,” said Ms. Gauthier.

“Wonderful job, Wendy,” stated Art Hayden. “If the government has any sense they will allow you to continue on the board. We’d certainly like to keep you.”

The board passed a motion to approve Ms. Gauthier’s fundraising report. A second motion was passed to request Ms. Gauthier remain as a public member on the board and continue in her capacity with fundraising. 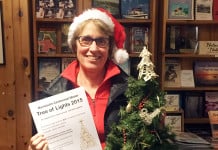 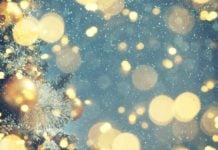 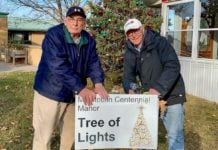