TORONTO—Marian Jacko of Wiikwemkoong Unceded Territory, who has spent her entire legal career working on behalf of children and Indigenous peoples, has been honoured with the Lieutenant Governor of Ontario Medal of Distinction in Public Administration (IPAC).

Ms. Dowdeswell stated, “of all the award ceremonies over which I am privileged to preside, this one always gives me distinct pleasure. Being a public servant is a calling and through a dedicated public service, delivering effectively and efficiently the services the public is promised, citizens develop trust and confidence in our system of governance.”

“Those who stand on guard over these institutions and defend them are indispensable,” said Ms. Dowdeswell. “How lucky we are, then, that Marian has spent over 20 years as a public servant.”

“In a moment, you will hear the official citation of Marian’s accomplishments, but I would like to underscore one particular aspect that captured my attention, and that is her commitment to leave behind a better system than the one that existed when she entered it at the start of her career,” said Ms. Dowdeswell.

“Marian, your creation of a program that provides free legal representation to child survivors of human trafficking is but one example of how you’ve championed the under-represented and underserved throughout your career,” continued Ms. Dowdeswell.

“As a dedicated leader, you’ve recognized the urgent need to nurture the next generation, sharing what you’ve learned with new lawyers, social workers and students, those who will sustain us through the challenges ahead. Your leadership will ensure improved outcomes, not only for clients today, but no doubt, for those encountering the justice system for years to come,” said Ms. Dowdeswell. “You have also led by example and helped advance the cause of reconciliation in Ontario, as the first Ontario Children’s Lawyer to implement mandatory Indigenous cultural competency, anti-racism, and anti-colonialism for your staff.” “As the representative of His Majesty The King in Ontario, Marian, I offer you my warm congratulations and best wishes and thank you for your service,” said Ms. Dowdeswell.

One of the many people who supported nominating letters for Ms. Jacko’s award was Ontario Regional Chief Glen Hare. “We’ve been talking about this for a long time, of nominating Marian for this type of award. Her deputy chief of staff worked alongside her. We supported her nomination.”

“I was still chief of the M’Chigeeng First Nation when I first met Marian. I was in Toronto for a hearing concerning a member of the community. She met us at the courthouse, and we immediately connected,” said Regional Chief Hare. “In the story she told at her awards ceremony she talked about her parents and the positive influence they had on her, and her career which she said was to be a funeral director. She changed careers with their support.”

“Now look how far she has gone and how she has helped so many people,” stated Regional Chief Hare. “She is now the acting assistant deputy attorney general of the Indigenous Justice Division of the Ontario Ministry of the Attorney General. But you wouldn’t know all that she has accomplished. Marian is still a very grounded person.”

“This award is very much deserved,” stated Regional Chief Hare.

Ms. Jacko, who also received supporting letters of recommendation from then Wiikwemkoong Unceded Territory Chief Duke Peltier and others said, “It is an amazing honour, and I am very humbled, thankful and appreciative to receive this recognition.”

Along with her nominators, other persons in attendance at the ceremony included Chico Resch of the Little Native Hockey League, staff of the Ontario Indigenous Justice Division and about eight members of her North York Storm Under 18 and Under 13 hockey teams.

“It was a really nice evening, very formal and I was so pleased to have an hour with the Lieutenant Governor to sit and visit. It was a beautiful evening,” said Ms. Jacko.

In the reading of Ms. Jacko’s citation for the award it was stated in part, “as a lawyer trained in both Anishinaabe and Canadian Law, Marian endeavours to amplify the voices of historically marginalized communities and vulnerable people in Ontario. Marian’s vision and distinctive leadership style, rooted in the Seven Grandfather Teachings of the Anishinaabe and informed by the Teachings of the Medicine Wheel, has shaped the work of the Ministry of the Attorney General for over 20 years. She has spearheaded many anti-racism initiatives within the Ministry of the Attorney General, including the introduction of mandatory Indigenous cultural competency, anti-racism and anti-colonialism education for all staff during her time as Ontario Children’s Lawyer. In recognition of her outstanding career achievements and exemplary leadership, Marian was awarded the Indspire Award for Law and Justice in 2020 and the Law Society of Ontario’s Laura Legge Award.

“Marian demonstrates a strong commitment to community service, serving as President of the Little Native Hockey League and as president of the Board of Directors of Anishnawbe Health of Toronto, in addition to coaching several youth hockey teams.” 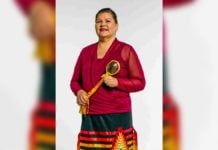 Marian Jacko to be recognized by Law Society of Ontario