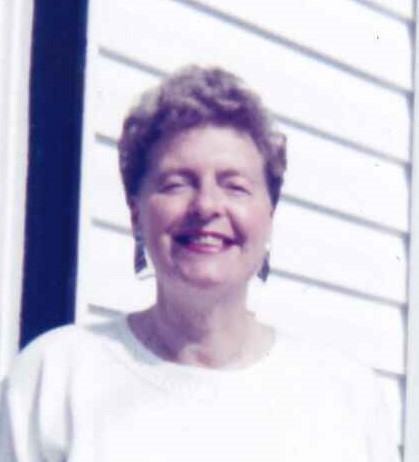 MAUREEN JOHNSON
Maureen Johnson passed away peacefully with her family by her side on Wednesday, September 28, 2022, in her 94th year. She will be sadly missed by her children Clive (Marilyn), Tove (Jerry) Shere and David (Kim). Cherished grandmother to Sean (Rindi), Melissa and Tobin (Nana) and great-grandmother to Kamber, Kaylee and Rhys. Predeceased by her husband Robert (Bob) in 2018. Maureen was born April 12,1929, the only child of Peter and Beatrice (nee McCarthy) Rochs, in London, England. Maureen was educated in England where she worked as legal secretary in London. She married Robert Johnson on December 24,1949. In her early years she was a gold medalist in ballroom dancing and twice won gold medals from the British Poetry Society for renditions from classical poets and Shakespeare. She emigrated to Canada in July 1957, living in Orono and Clinton, Ontario. Coming to Manitoulin Island in 1972, and moving to Eganville, Ontario in 1980, then returning permanently to Manitoulin in 1986. Employed as business manager for Bennett Paving, Oshawa for 13 years, Dr. Hivragnitz and Associates on Manitoulin for five years, Star Set Jewellers in Eganville for six years, and the Hummingbird in Gore Bay for eight summers. Maureen’s interests included travel, camping, amateur dramatics (awarded ‘Best Actress’ in Southern Ontario Drama Festival at Peterborough), reading and music. She was an active member (Outreach) of ‘Circle of Hope’, breast cancer support group; and founder/captain of “Hope in the Boat” – the first local dragon boat team of breast cancer survivors in 2000; and All Saints Anglican Church. A funeral service was held on Friday September 30, 2022 at 11 am at the Simpson Funeral Home, Gore Bay. Interment Burpee Mills Cemetery. Memorial donations may be made to the Mindemoya Hospital Auxiliary or the Angel Bus as expressions of sympathy and may be made through www.simpsonfuneralhome.ca.