M’CHIGEENG – A group of M’Chigeeng First Nation businesses is filing a court injunction against the chief and council of the community in hope that it will mean the non-essential travel ban order and the checkpoints at Highway 540 and 551 into the community will be taken down.

She pointed out signs have very recently been posted on the way into M’Chigeeng from both highways into the community with the message, ‘Do not stop in M’Chigeeng.’ “When drivers get to the checkpoint they are asked a few questions. But if you are from M’Chigeeng you are free to come and go from the community.”

“The checkpoints are mainly a point of aggravation now,” said Ms. Addison. Those on patrol at the checkpoints, “ask questions like where are you from, where you are going and the purpose of your travel. They are not well trained, there is no COVID screening, and they are the most vulnerable for COVID-19. When you get, say, 200 people through there a day, they are more vulnerable of getting COVID-19 than any business. They are sticking their head in the window of vehicles, they are basically creating a portal into the community. Then when they are done patrolling the checkpoint they go to their own homes. If they were health care workers they would have to isolate themselves.”

Ms. Addison explained, “for individual businesses like ours we make a living based on profitability of our business, but with the travel ban we are getting no outside (community) customers.”
“I have no options but through the courts,” said Ms. Addison. “We have been trying to take our petition (to revisit the band council resolution that enacted the non-essential travel ban order) to chief and council, which has 104 signatures, and this is either deferred or ignored by council. And a group of five councillors and the chief keep voting to have the checkpoints remain in place.”

Ms. Addison said that the province had placed half-load capacity limits on many roads on Manitoulin recently and with the additional traffic on roads like Rockville Road and Jerusalem Hill Road, these roads are further deteriorating.

“Our businesses are suffering since the non-essential travel ban was implemented,” continued Ms. Addison. She said the non-essential travel ban and the checkpoints are “causing a lot of problems and divided the Island. It is not creating a healthy environment for anyone. I have nowhere else as a private business to go except through the court system.”

EDITOR’S NOTE: The Recorder attempted to reach M’Chigeeng Ogimaa-kwe Linda Debassige for comment but did not hear back from as her as of press time Wednesday. 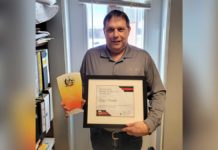 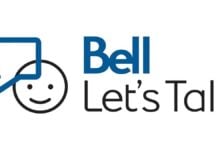