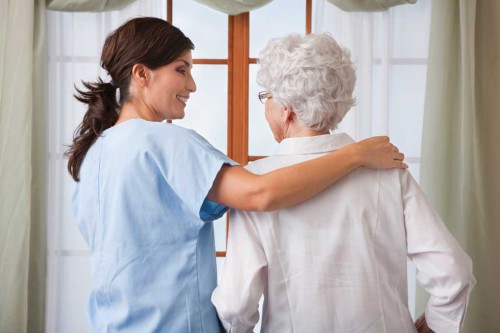 Since 2006, the Manitoulin Central Family Health Team has been working hard to care for its patients, developing programs to better community health while patiently waiting for the day to come when its 4,148 square foot building would come to fruition—a day that keeps being pushed ahead.

“In my riding, the Manitoulin Central Family Health Team in the town of Mindemoya is working out of trailers and cramped space in the basement of the local hospital,” MPP Mantha said. “After two years working on a capital expansion plan, and despite the best efforts of local stakeholders, the FHT still has no response on their plan—and so the hardship continues.”

Lori Oswald, FHT executive director, explained that the MPP was enlisted for help because the team was feeling frustrated with the process to get capital expansion funds. “We’ve been working on this for two years and are no further along,” she added.

“Can the minister let my constituents know when this important project will finally be approved?” Mr. Mantha asked the house. “The patients of this Family Health Team include some of the sickest and most vulnerable in Ontario, including many from First Nations.”

“The minister can talk a good game about the importance of Family Health Teams and health equity, but she needs to follow up this talk with action to help those most in need,” the MPP continued. “Will the minister do the right thing, fund the capital expansion plan, or at least explain what barriers are preventing her from supporting it?”

Since the questions were raised in the house last week, the FHT has not heard back from the Ministry of Health and Long-term Care as of yet, but Mr. Mantha did tell Ms. Oswald that he felt encouraged with the day’s events. After Question Period had finished, Minister Deb Matthews crossed the floor to speak with Mr. Mantha, recommending names of people for him to contact about the delay.

The hold up in funding had originally come when ministry officials complained about the cost of the plan, asking the FHT to reduce its costs and resubmit, which they did.

Ms. Oswald explained that FHTs are given a certain square footage based on each health care professional that is recommended by the ministry, which they followed and based the plan upon. “And now they’re coming back and saying it costs too much,” she said, frustration apparent in her voice. “They also tell us they can’t understand why the building costs are so much on Manitoulin. We’ve explained to them that we’re located in Northern Ontario, but they just don’t understand.”

To try and accommodate the ministry’s demands, the FHT has shaved off over $1 million in costs and is continuing to look for ways to become more cost effective “and we’re still getting nowhere,” Ms. Oswald said. “We’re very conscientious of the fact that money doesn’t grow on trees.”

“Is there something else we need to be doing? We’re hearing nothing. Is the holdup because it is still too expensive? We need to hear that from them,” she vented. “We’re not being given any direction.”

With the three-year Tree of Life campaign nearing its end, and Islanders and businesses being generous with their money to see the goal of providing the two hospitals with new X-ray and ultrasound equipment almost met, the FHT has a hard time going back to these same people with their hands out for more capital funds, Ms. Oswald explained. “It seems ludicrous to go back to these people and say ‘please give money for a project the government was supposed to fund’.”

“The thing that is really defeating emotionally, is we have put together some fantastic programs that are benefiting the people and are working—we are seeing improved health in our patients,” Ms. Oswald continued. “And we’re out in trailers held together with Styrofoam and duct tape. It’s overshadowing the good work that’s being done by our professionals.”

Some of the programs Ms. Oswald referred to include a partnering with the Heart and Stroke Foundation to deliver a hypertension program and a geriatric program based on Geriatrics Interprofessional Interorganizational Collaboration initiatives.

“We feel like we’re just spinning our wheels—we want to provide those services that are so desperately needed to our patients,” Ms. Oswald concluded.