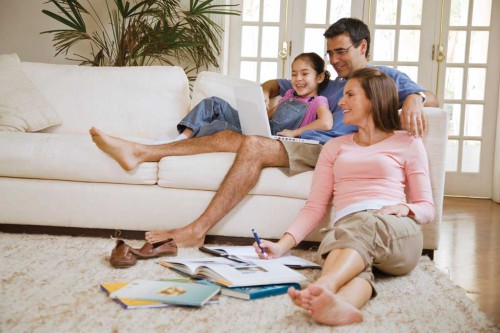 MANITOULIN––A recent article by The Globe and Mail’s beleaguered Margaret Wente commented on how Canada is a more conservative (that’s with a small c) society than its neighbour to the south. As Ms. Wente correctly pointed out, the statistics on Canadian households recently released by Statistics Canada show a slower decline in the institution of marriage in this country than in the United States. But even in staid old Ontario, marriage has remained on a downward course, albeit at a slower rate than was the case in the 1990s.

The numbers show that single parent and common law relationships are growing much faster than that of the Leave It To Beaver generation. Between 2006 and 2011 the number of common law relationships grew by a whopping 13 percent, single parent households grew by eight percent while the traditional married mom and pop column grew by a meager three percent.

Canada also saw a 300 percent rise in the number of same sex headed households since the 2006 data set, possibly due to significant legislative changes during that period, although a report in the Toronto Star suggests that the census bureau may have overestimated the number of same sex couples by as much as 4,500, when it counted roommates sharing the rent as same sex couples. The issue first arose when the anomaly of very high same sex household numbers coming out of the booming oil patch. Statistics Canada took the precaution of only releasing same sex data for larger metropolitan areas.

What is clear, however, is that among those same sex families, female same sex relationships are far more likely to include children within the family unit than male same sex households.

The data set for the non-Native communities of the District of Manitoulin show all as having a higher proportion of households with married couples than the Ontario norm, with the exception of Killarney and the Northeast Town. Killarney being significantly below the provincial norm (66.7 percent compared to 72.3 percent) and the Northeast Town lying barely a tenth of a percent below the provincial percentage.

In Native communities, the opposite holds true, with all of the First Nation communities reporting marriage rates far below the provincial ratio. While lone parent families barely break the 10 percent mark in most non-Native communities, Burpee and Mills and the Northeast Town being notable exceptions, rising above the 10 point mark to around 13.5 percent of families. In the First Nations communities, lone parent households rise well above 30 percent, hitting a high of 46.7 percent in Wikwemikong. In all communities, lone parent figures are much higher for female-headed households than for male headed households, Sheshegwaning being the notable exception with 16.7 percent in both categories.

As in all Statistics Canada releases, data must be treated with great caution when applied to small rural communities. Statistics Canada rounds figures collected from small census divisions up to protect the privacy of individuals. This can have a dramatic impact on figures reported for those divisions. As an example, in the 2006 release there were 50 individuals listing Chinese as their ethnic origin in Tehkummah.