“Despite having a young team this year, we won the NSSSAA banner,” said MSS Coach Chris Theijsmeijer. The NSSSAA championships were held last Thursday in Blind River.

Alayna Cranston and Maddy Niven won a gold medal in the girls’ doubles division, with Sarah Hovingh and Shelby Hester taking silver in the same division.

All of the medal winners have qualified for the Northern Ontario Secondary School Association championships which was to be held in Blind River on Thursday, May 19. 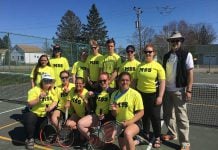 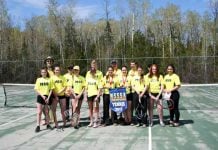