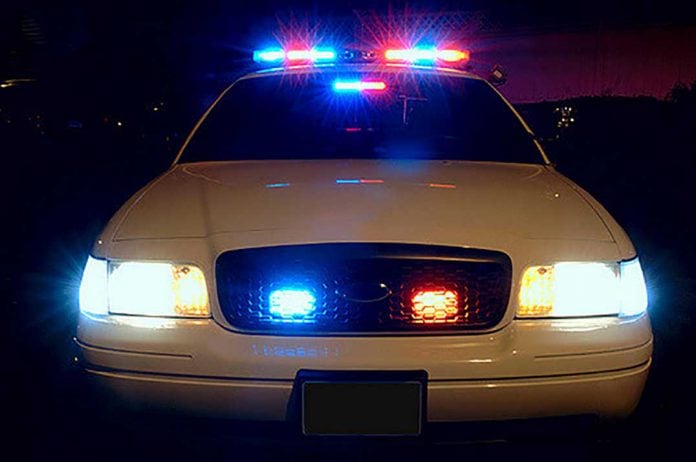 MANITOULIN – Members of the Manitoulin Municipal Association (MMA) are in agreement on the need for a separate police board for the Island, separate from Espanola and the North Shore (which are within the Manitoulin detachment of the Ontario Provincial Police). The MMA will look at how the membership will be formed at a future meeting.

Sarah Caldwell, director of community safety and intergovernmental policy with the solicitor general’s office, was on hand at a MMA meeting last week to discuss the new police services board model being installed by the province. “We’re here to talk to you and answer any questions you have and on the coming changes.”

The section 10 board framework under the Police Services Act (1990) agreements are to expire in 2021 and the new Community Safety Policing Act, 2019 (CSPA) police boards are to be in place in early 2022.
MMA chair Ken Noland said, “I think we all know the history around all of this. What we need to know is what the new board will look like and its requirements.”

“For those who had section 10 police boards, very little will change,” said Ms. Caldwell. She explained the changes are being made to bring more consistency across the province. “What we are asking is that over the next couple of months that municipalities and groups like yours provide a basic composition of what your board member numbers will be, where they will be from, if your detachment area will have one or two boards. We have tried to be as flexible as possible, noting the board needs to have a minimum of five board members. Boards are required to be composed of 20 percent community representatives and 20 percent provincial appointees.

Northeast Town Mayor Al MacNevin said “from the beginning when we received the letter of the changes that were coming, our council realized that we had a deadline and now we have less than two months to come up with a comprehensive plan for nine municipalities. As has been indicated, the majority of our municipalities are in favour of having two boards under the Manitoulin-Espanola OPP detachment, one being specific to Manitoulin Island. According to Sarah, there is an opportunity to have our own police board and Inspector Meagan Moriarity supports the detachment area being split into two separate police boards.”

If every municipality is represented on the board, the process would require the Island having three provincial and three community reps to satisfy the 20 percent regulations. This could mean a board of about 15 representatives, said Mr. MacNevin. “My worry is that we only have a couple of months to meet and to come up with a model.”

Mike McKenzie of Tehkumah said, “our council wanted one board just for the Island, (membership wasn’t discussed).”

One MMA member said, “we are concerned what the costs will be and whether they will be prohibitive. As for representation, I would think every community would want a representative.”
“I think that actually the boards shouldn’t be expensive to run,” said Ms. Caldwell. She pointed out there are costs involved in training police board members and the group would have to discuss if honourariums would be provided. As well, the requirement for the police board is that it would only have to meet four times a year.

Ms. Caldwell went on to note, “we know June 7 presents a tight deadline,” but added if the local group provided a reply by early July this would be good.

“(Gordon/Barrie Island  council) discussed this issue and we are in favour of a separate Island board, but that it could be cumbersome having a 15-member board. We would entertain approaching neighbouring municipalities to have one representative for two areas like the Manor board does, for example.”

Mayor of Billings Township Ian Anderson said, “we discussed this issue and were unanimous we would like a single board for Manitoulin. We didn’t discuss membership numbers but obviously the more people at the table, the more opinions there would be more chance resolutions wouldn’t be passed.  This needs to be hammered out between now and June.”
“We’re all in favour of an Island-wide board,” said Central Manitoulin Mayor Richard Stephens. “There are a number of examples where this has worked, POA, Manitoulin and DSB board. The process is already there, it is a matter of fine tuning as to representatives.”

Tim MacKinlay, of Robinson Township, said his township is in favour of a separate board for Manitoulin.

Mr. Noland said his municipality also feels that the separate Island model would be the best.

Mr. MacNevin said, “it’s not simple to come up with a model if some municipalities feel that neighbouring municipalities can share a representative. We’ll be participating; (NEMI) wants a seat on the board.

“If we (MMA) hold a meeting in May all we would be discussing is the police board issue,” said Mr. Noland. He asked Ms. Caldwell who would be selecting the community members for the board and Ms. Caldwell said it would be the local Island municipalities that would do that.

It was agreed that the MMA will hold a special meeting next month to discuss how they would like to see the board set up, the number of members and which municipality will take the lead role in applying for a separate Island police board, as well as discussion on community representatives.