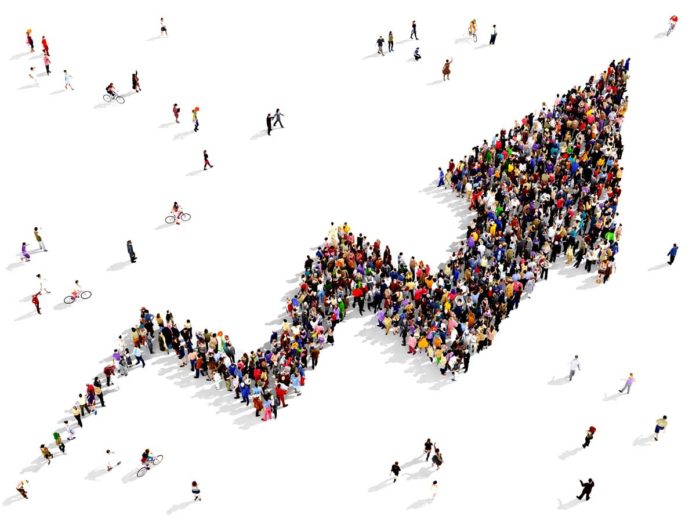 MANITOULIN—It is not surprising to Manitoulin observers that the Island has seen an increase in population over the past five years. Statistics Canada released census statistics from 2021, showing the overall population on Manitoulin has increased 4.7 percent, from 13,7673 in 2016 to 14,318 in 2021.

“It does sound good for the Island,” stated Michael Mantha, MPP for Algoma-Manitoulin, of the statistics that were released last week. “We are not surprised; these results coincide with the signs we have been seeing. It is about what we have to offer in Northern Ontario, people are coming here from other areas looking for a different lifestyle.”

“Properties that are normally vacant have been sold, and houses are being sold for a higher price than had paid for them,” said MPP Mantha. “We welcome and encourage newcomers to become part of our municipalities and they are contributing to our economy.”

“What was a little surprising in the numbers is that Gore Bay had the biggest decrease (a 6.8 percent drop from a population of 867 in 2016 to 808 in 2021) in population among municipalities,” said Mike Addison, general manager of LaCloche-Manitoulin Business Assistance Corporation (LAMBAC). “And Gordon/Barrie Island and Billings townships had the biggest increase among municipalities.” Gordon/Barrie Island saw an increase of 25.1 percent (490 to 613) and Billings a 24.9 percent increased from a  population of 603 in 2016 to 753 in 2021.

“One of the factors in the decrease Gore Bay has seen may be that there are fewer kids around. So instead of a home with four or five people, with kids having grown up and moved, now that same home may only have two people living in it,” said Mr. Addison.

Gore Bay Mayor Dan Osborne said the overall Manitoulin increase  “is good news.” As for the decrease in Gore Bay’s population, he also suggested, “I would think one reason is because there are not as many kids around.”

Billings Mayor Ian Anderson said, “Certainly our population has increased and we’re happy for that, but an increase of 24.9 percent seems to be awfully high. We are certainly in agreement the population has gone up, but that much? It is more than we can come up with.”

The increase in population, “is the trend we are seeing. I think it’s safe to say that definitely there has been a population increase for Manitoulin, which is a good thing,” said Mayor Anderson. “The trend is positive. At one time, not very long ago, if you told someone from down south that ‘I live on Manitoulin Island,’ they would give you a blank look because they weren’t sure where that is. That is no longer the case; Manitoulin Island has put itself on the map.”

Realtor Leanne Lewis of Royal Lepage told The Expositor, “sales have been crazy. Forecasters have been saying numbers will level out by May. Manitoulin has always been a step behind and, if prices went up in other places they went up here a little later.” She said not only have homes and cottage purchases been on the rise the last few years, but summer rentals have also been on the increase. In areas like Muskoka or the Bruce, people are deciding they can’t afford housing there and are moving to the Island.”

Scott McDougall, sales representative for Bousquet Realty said, “whether it is the number of new faces in the local grocery store, or the posts on social media sites, it is obvious that there has been a recent influx of new residents.”

“There appears to be a change in the buyer demographic on the Island,” said Mr. McDougall. “Historically, most middle to higher end properties were purchased by retirees, and many only for seasonal use. Now we are seeing more younger buyers, including young families. Also, a higher percentage of all buyers are making the Island their year-round home. This is in part because of the ability for more employees to work from home.”

M’Chigeeng First Nation has seen an increase of 4.8 percent, from a population of 884 in 2016 to 926 in 2021. “It is hard to assess these numbers,” said M’Chigeeng Chief Linda Debassige. “Sometimes people don’t participate in the census. Some residents don’t take part because they don’t want to share their information with the government. There is good and bad to having a population increase. It is a matter of perspective. But it does show growth.”

“Quite frankly we have no vacancies,” stated NEMI Mayor Al MacNevin, “so I don’t understand how there is a decrease. It seems people can’t find housing, not even apartments. We get emails and a lot of calls from business people who would like to move up here, and there is certainly a demand for housing. But we don’t have enough housing available.”

“But the good news is the Island population is up 4.7 percent,” said Mayor MacNevin. He said with the demand for housing, even on rental accommodations, a lot of air bed and breakfast businesses have opened up in the past couple of years.

Mr. Addison said, “keep in mind the census was carried out in the summer of 2021, and there could have been changes since then. And, not everyone fills out their census forms, plus, if seasonal residents are not here when the census is taken, they are missed.

“It is good the Island saw a 4.7 percent increase in population,” said Mr. Addison.