No matter which direction life has taken them, Jayme and Curtis Watson have discovered that all roads invariably lead to Manitoulin. The soon to be new residents of Mindemoya are no strangers to the Island, as both were born here. However, each moved away to destinations throughout the province and across the country. Among the moves, both went to Alberta unbeknownst to each other before connecting as adults and eventually marrying … where else, but on Manitoulin?

Jayme’s early years were spent on the Dewar family farm in Providence Bay prior to moving to Elliot Lake where her father worked as a miner. Her earliest memories are of frequent road trips along Highways 17 and 540, as her parents returned to the Island almost every weekend as well as all the special holidays and summer vacations to spend time at their beloved farm.

Following high school, Jayme attended Laurentian University where she studied to become a registered nurse. She landed her first job after graduation in 2001 at the Mindemoya Hospital. Despite being an ideal location given her love of the Island, the lure of youthful adventures motivated Jayme—along with two lifetime friends, Anna Love and Rebecca Hallett—to head to Calgary where she gained invaluable experience working in a Level I trauma centre. Jayme loved living there but, after a couple of years, “All of us Islanders hit a wall,” she laughs. “We just had to get back, as close as we could to Manitoulin.” Sudbury was the nearest she got, working in the emergency department at Health Sciences North where she eventually became a department manager.

Curtis’s path also saw him make the trek to Alberta for work in the oil patch. He is part of the fifth generation of founding Manitoulin families who settled in Sandfield, but he left for the West immediately after finishing high school. He, too, made trips back to the Island as often as possible and, after several years of red-eye flights east, concluded it was time to launch a new career and be homeward bound. He studied health sciences at Fanshawe College in London before moving to Sudbury to train and gain employment as a paramedic with the Greater Sudbury Paramedic Services. The last decade of his 16 years there were spent as a relief superintendent.

While it would be romantic to suggest the couple fell in love locking eyes over a stretcher when Curtis the paramedic delivered trauma patients to Jayme the nurse in the emergency room, the reality is that they met through Curtis’s sister, Erin, who had become a good friend of Jayme and introduced them. After dating for years, the couple married in 2006 at the Dewar Farm and bought their first home in Lively—ironically, from a couple retiring to Manitoulin.

With the birth of their two wonderful children, Emery and Anders, and shift work with their demanding jobs, life was incredibly busy and rewarding. Yet the yearning to be close to family and friends on the Island was never far from their minds.

“We always said we would retire on the Island, to be near our parents and siblings,” says Curtis. “When a job came up at Mindemoya Hospital, that got us asking ourselves ‘what are we waiting for?’ and moving up our timetable.”

“COVID made us really think how fortunate we are,” adds Jayme. “Until the last couple of years, Curtis still had three of his grandparents living on Manitoulin as well as his parents and siblings. And my parents and wonderful grandmother, Eva Bond, are here. These are precious relationships we don’t want our kids to miss out on. We want them to have the kind of special memories we’ve savoured all our lives.”

When opportunity knocked, the couple leapt at the chance to shift gears on the personal front while gearing up their careers. Jayme accepted an exciting new position with Mindemoya Hospital as the clinical transformation manager, which involves developing an electronic records system for patients that can be shared with health care providers as they move back and forth from Manitoulin to Sudbury and other hospitals. Jayme had begun doing similar work at Health Sciences North, but this job goes further to include managing the pharmacy department which goes hand in hand with medical services. She is already finding the job to be fascinating and satisfying because “With smaller hospitals you get a lot of linkages into the community. You get to work closely with patients, Indigenous health leaders and pharmacists, something that doesn’t often happen in a large hospital setting.”

Curtis’s career also has taken off, as he is now a paramedic superintendent with the Manitoulin-Sudbury Paramedic Services, which serves a gigantic territory running from Gogama, Chapleau and Foleyet, to Espanola and Manitoulin, to Hagar, Noelville and Killarney. Although the kinds of emergency calls are similar to those in the city, there are all sorts of interesting new challenges providing services in more rural areas.

What matters most to the couple is that, after 20+ years, they are returning to their roots and giving their children the opportunity to experience the kind of life they had as youngsters. Jayme and Curtis take possession of a new home in April 2022 on a 50-acre farm on the outskirts of Mindemoya that can accommodate their two horses and comes already equipped with two miniature donkeys. In the meantime, they are staying at Jayme’s parents’ family farm and seizing every chance to spend quality time with much loved relatives and lifelong friends. 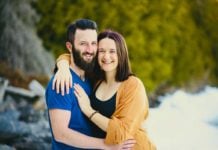 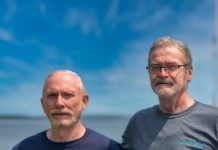 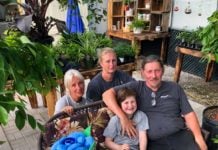 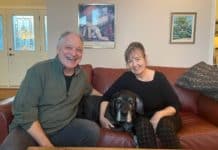 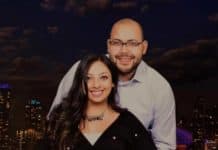 Mena Guirguis and Nardin Ghbrial are an enterprising young couple