ONTARIO – The news is not good for Hydro One seasonal class customers as most will see an increase in their hydro bills as early as next January.

The Federation of Ontario Cottagers Association (FOCA) has learned that Hydro One’s 150,000 seasonal class customers are being notified this week about changes to how they’re classified by the utility, and the resulting impacts on monthly electricity bills. The Ontario Energy Board (OEB) has determined that Hydro One Networks seasonal rate class will be eliminated. Each existing seasonal customer will be moved to one of Hydro One Network’s other three residential rate classes—urban high density, medium density and low density.

“As FOCA has communicated in the past, with this change almost 80,000 low-use customers will see their monthly bills increase by $50 plus per month,” Terry Rees, executive director of FOCA. He pointed out FOCA has been an intervenor at the OEB for many years, and has been advocating against this this significant bill impact.

“We have advocated, numerous times, that customers are already paying their fair share, and that these increases will cause an added hardship,” Mr. Rees told the Recorder.

The rates will include bills for seasonal class customers moving to all-fixed rates, residential low density, medium density or urban high density. The actual change to a customer’s bill will depend on their own monthly electricity consumption.

A Hydro One notice, released by FOCA, shows a sample of the rates. Seasonal customers who use 50 kWh of electricity a month would see their $54.06 monthly bill increase by 100 percent to $107.85 if moved to the residential low-density class.

A seasonal customer using 1,000 kWh of electricity a month undergoing the same rate class would find their $200.17 monthly bill increasing to $256.14 or 28 percent. And if moved to urban high-density rates, both these customers would see a decrease in their monthly bills—44 percent for the lower user and 13 percent for the higher user.

FOCA noted that the OEB has yet to decide whether this change will take effect on January 1, 2022 or at a later date. Hydro One has proposed rate mitigation measures for customers who are expected to see a total bill increase of more than 10 percent as a result of moving to another rate class, which would involve phasing in the increase over a number of years.

The OEB will hold a public hearing to consider Hydro One Networks’ proposed plan to implement this change. “FOCA will participate as an intervenor and will once again be reminding the regulators about the hardship these changes will deliver to so many rural and Northern families, said Mr. Rees. However, he pointed out OEB has stated that it will not reconsider the decision to eliminate the seasonal rate class in this hearing. 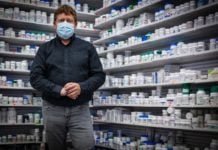 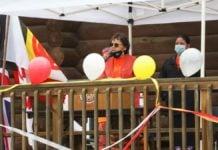 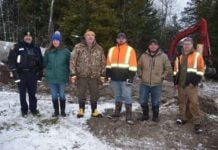 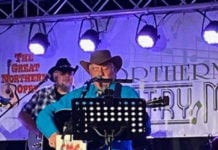