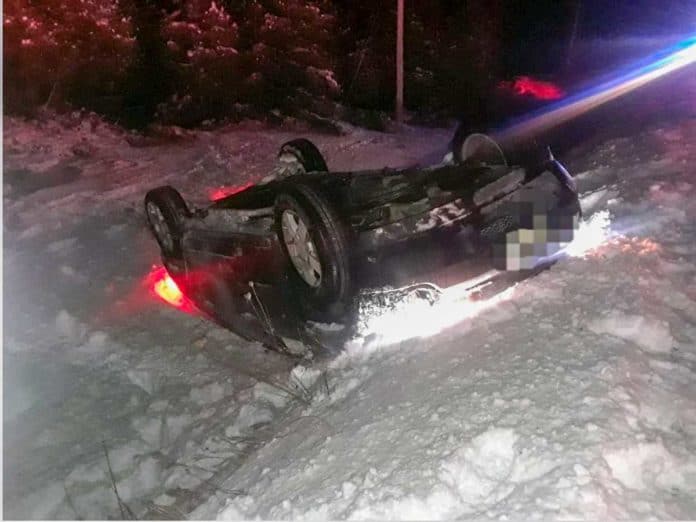 (NORTHEASTERN MANITOULIN AND THE ISLANDS, ON) – On December 13, 2020, at approximately 8:59 p.m. members from the Manitoulin Detachment of the Ontario Provincial Police (OPP) with the assistance of Sudbury-Manitoulin Emergency Services (EMS) responded to a motor vehicle collision rollover on Highway 540, Northeastern Manitoulin and the Islands.

Police also determined the driver had consumed alcohol and further testing was completed.

As a result, Robert EDWARDS, 29-years-old, of Little Current was arrested and charged with:

The accused was released on an Appearance Notice and is scheduled to appear at the Ontario Court of Justice on January 27, 2020, in Gore Bay.

The accused was issued a 90-day Administrative Driver’s Licence Suspension (ADLS) and the vehicle was impounded for seven days.