Pet euthanized due to injuries from shooting

KAGAWONG—The Manitoulin-Espanola detachment of the Ontario Provincial Police  (OPP) and the Ministry of Natural Resources and Forestry (MNRF) are asking for the public’s assistance after a dog had to be euthanized due to the injuries it had sustained after it was shot by two men hunting in a residential area of Kagawong last week.

“It feels like an invasion,” stated Daniel Duval of he and his wife’s loss of their soon to be 15-year-old dog Kodak.

“It all happened at around 2:30 in the afternoon on November 7; my mom was sitting watching TV in our house and heard a shot and then went to the window and heard a second shot and a guy at the end of the driveway with a rifle of some sort,” Mr. Duval explained. “When she came out of the house two men, both wearing hunter jackets, left in a black four-door sedan.”

Mr. Duval suspects the hunters had been shooting at deer in the bush on Lakeshore Drive near Greenwood Lane and had been shooting on his private property towards the solar panels located in his yard. Mr. Duval explained he has neighbours on both sides of his property.

“I don’t know what kind of bullet Kodak was hit with; someone said it could have been a pellet gun but we don’t know at this point,” said Mr. Duval.

The Recorder has also heard an unsubstantiated rumour that two deer were found dead recently in a neighour’s driveway near the Duvals, but this has not been confirmed.

Mr. Duval said after the incident, “we immediately took Kodak to the veterinarian’s.” He said there was a puncture wound in the dog’s hind quarters. Kodak was examined and stayed in the vet’s office for the evening. “The next morning the vet reported he was doing well, so we went and picked him up and brought him home, but things turned worse quickly. We then called the vet and were told maybe he was suffering internal bleeding and brought him back there. We didn’t know until then he had been sho—the vet found a bullet.”

On Thursday, November 8, members of the Manitoulin-Espanola detachment of the OPP were called to a report of the injured dog in Billings Township. Through an investigation, officers determined that the dog had been injured on November 7. As a result of its injuries, the dog was euthanized.

Mr. Duval pointed out Kodak was close to 15 years old, but was still pretty healthy. He said he and his wife are having a hard time as losing Kodak, an American Eskimo and pomeranian cross who weighed about 31 pounds, was a member of their family. 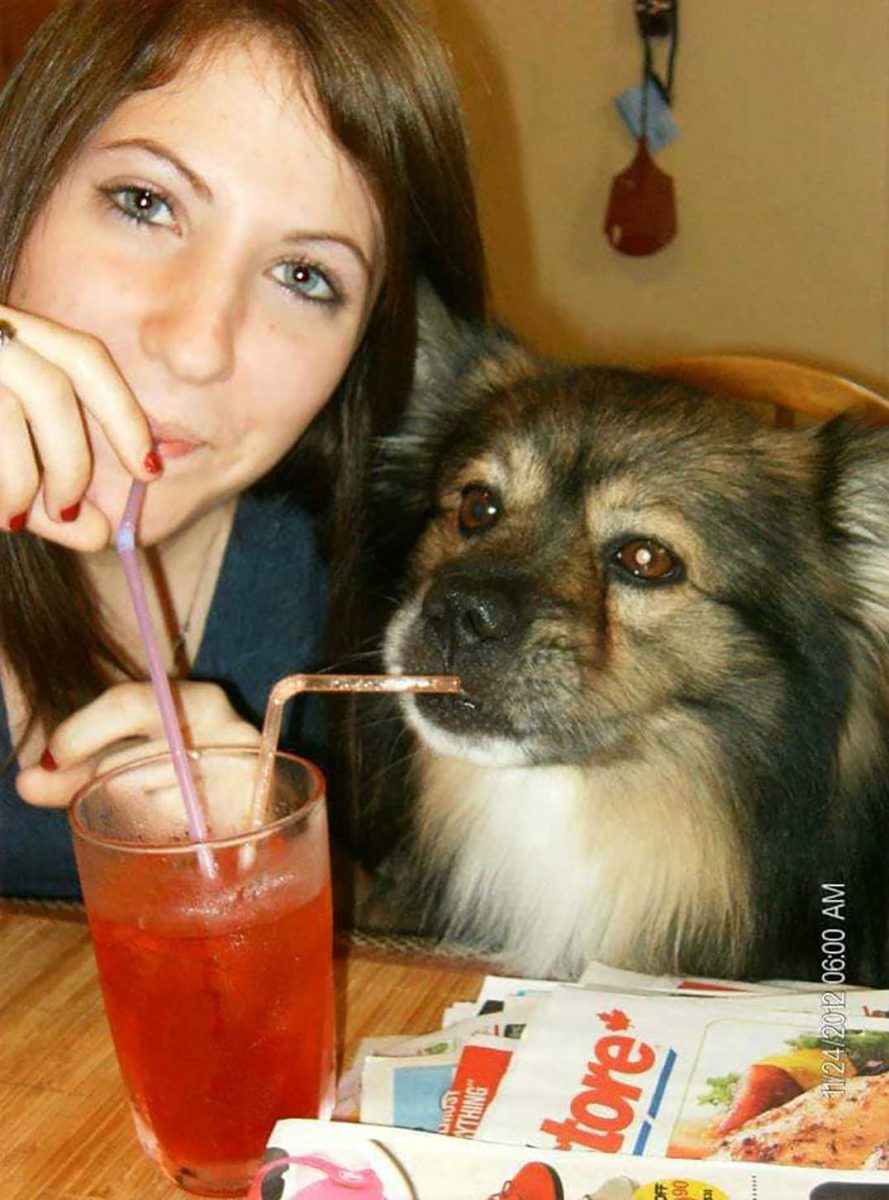 “He was a good dog who stayed in the yard,” said Mr. Duval. “We want answers as to who and why someone would do this. And we want other people to be aware that this is happening. We don’t want this to happen to anyone else. He was shot so close to our house, and our neighbour’s house.”

Mr. Duval said he and his neighbor have an open border policy, so their dogs and chickens are free to roam around the properties.

“I love my animals, and we try our best to keep them healthy and happy. It is terrible that something like this happened,” said Mr. Duval.

Another resident of Billings Township told the Recorder last week that, “somebody shot something on the road here. We don’t know what it was but the game warden was checking into it. No, the animals weren’t found but there were shell casings and blood on the road.”

“The MNRF is involved in the investigation,” said Marie Ford, community services officer with the OPP. “The investigation is continuing. We can’t confirm the dog has been shot,” she said, pointing out that Manitoulin deer gun season does not take place until next week. “If someone knows something they should call us. We need the public’s help on this incident and why the dog was shot. There are a lot of unanswered questions that need to be resolved.”

Any person with information regarding the person(s) responsible for this incident should immediately contact the OPP at 1-888-310-1122 or their nearest police authority.

Should you wish to remain anonymous, you may call Crime Stoppers at 1-800-222-8477 (TIPS) or submit information online at www.sudburycrimestoppers.