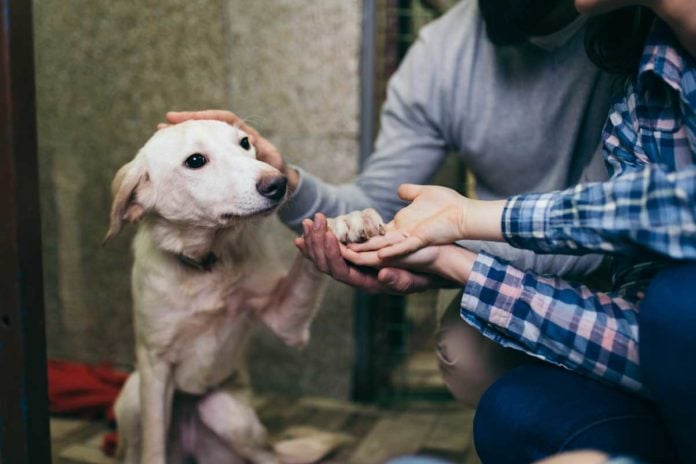 MINDEMOYA—Pet rescues are overwhelmed. They’ve never been busier and Manitoulin Pet Rescue (MPR) has had to temporarily suspend intakes. The situation can be blamed partly on COVID, as more people adopted cats or dogs at the start of the pandemic lockdown while at the same time, access to spaying or neutering was reduced. Many have surrendered those pets after returning to work. It’s complicated, and rescue volunteers are on the verge of burnout.

It’s sad to see how the number of surrenders has increased, said Carly Valiente, dog intake and adoption coordinator for MPR. “I know all of us in rescue, we lose sleep over it. I’m good friends and connected to a lot of rescues here in Northern Ontario and we all seem to be experiencing the same thing.”

“Most of us (rescue volunteers) have full-time jobs, families and other commitments and what we do for the rescue is with our own time and effort and energy,” said Ms. Valiente. “It’s a mix between not having enough foster homes, having too many intakes and also running short on available time for ourselves.”

Jean Flamand, who runs a one-person rescue in Wiikwemkoong, likes working with animals and started rescuing back in 2004. She was juggling teaching full-time and working with animals, taking surrenders to the SPCA in Sudbury on weekends. She puts a lot of mileage on her van and is overwhelmed sometimes. “But if I stopped, there’s nobody else to take over and the animals would only end up suffering. I figure I’ll just keep going as much as I can because they need that help. It does get tiring, because I’m constantly on the go.”

There’s a lot of scrambling that has to be done with rescues, Ms. Valiente noted. “For the cats too, it’s always last minute. Rescue is not convenient by any means.”

It’s common that Ms. Valiente will call someone at 10 pm to ask if they can foster a dog (MPR can’t accept a surrender without a foster in place). It’s not common that she has a week or more to properly assess a dog and give a foster that much notice.

She had to close dog and puppy intakes recently. “I think I had about eight dogs come in within a weekend and then I had someone contact me with a litter of about nine puppies,” she said.

“There have been cats dropped off all over the Island,” said Kathy Jewell, owner of Kat’s Pet Supply and cat intake and adoption coordinator for MPR. She just took 10 cats out of the dump. One of those was a six-week-old kitten. MPR currently is caring for more than 20 cats and that number is unprecedented.

MPR usually heads into the winter with no cats. “We’ve never had this many,” Ms. Jewell said.

The last couple of months have also been busy for Ms. Flamand. When she spoke with The Expositor, she was getting ready to take two cats to the SPCA in Sudbury, picking up a female cat with four kittens on her way. She has two fosters in Wiikwemkoong who help but if they’re overloaded, she will take surrendered animals to the SPCA.

One problem, Ms. Flamand pointed out, is the Welland and District SPCA mobile clinic that used to come to Wiikwemkoong to do spaying and neutering hasn’t been up in three years because of COVID. “That helped a lot. It got the population under control. People were looking for kittens or puppies and I didn’t have any. Now it’s the other way. It’s getting overpopulated.”

She encourages people to have their puppies or kittens spayed or neutered at five months, and to be vaccinated at eight weeks. There is partial assistance for spaying or neutering of cats and dogs for Wiikwemkoong band members, Ms. Flamand said. Contact Ms. Flamand directly for more information.

“I think during COVID, people got animals and didn’t think about the consequences,” said Ms. Jewell. “People are not realizing the responsibility of ownership and getting their animal spayed.”

A female cat can go into heat three times a year. With five kittens per litter, that would be 15 cats in a year from one female. “People think we can save them all and we can’t,” she continued. “For one, there’s a difference between feral cats and tame cats. Feral cats can tie up a foster for a year-and-a-half.”

MPR currently has three feral cats with fosters. Only certain people can take in a feral cat. “There you have three cats taking up a spot for a year,” she said. “None of those cats are adoptable yet.”

Sometimes, they don’t come around. Most people don’t have the time, Ms. Jewell said. “If you take in a feral cat, even at four months old it takes time. If they’re under eight weeks when we get them it’s easier. Between eight and 12 weeks it’s dicey. After 12 weeks it’s progressively harder.”

Ms. Valiente believes the rescue is seeing the aftereffects of COVID. “The pandemic started in March 2020 and there are a lot of dogs we are getting that are in around that two- to two-and-a-half-year-old range,” she said.

She’s finding that dogs with behavioural issues are more commonplace right now, whether it’s a lack of socialization with other dogs and people. That was understandable with the lockdown, she said, as is the number of dogs who have separation anxiety because they are used to their owners being home.

Puppy mills can and do exist on the Island and elsewhere, and Ms. Valiente cautions people to do their research before purchasing a puppy: ask about the vet care of the mom. Has the mom been vaccinated? What kind of food is she being fed while she’s nursing? Will she be retired at some point from breeding? Ask to see where the mother and other adult dogs live and what conditions they live in. Ask how many times the mother has been bred, how often she has litters and how many she has had. Dogs can have anywhere up to eight to 12 puppies in a litter, three or four times a year, and that’s hard on dogs.

“I don’t want to throw any shame on breeders because breeders who operate ethically and responsibly aren’t part of the problem. The issue is with puppy mills and backyard breeders. At the end of the day, they operate on supply and demand. As long as folks buy, they keep producing. Those are the ‘breeders’ with little to no experience and knowledge and who have substandard conditions of care for their dogs,” she added.

“Then there are the other cases where someone has dogs that were accidentally bred and a litter of puppies was the result, or a family decided to breed its dog ‘just one time’ or ‘just for fun.’”

These methods can also result in unhealthy and/or unwanted puppies, said Ms. Valiente.

A dog or cat can come with a lot of cost and a lot of responsibility. Ms. Valiente recommends people educate themselves on pet ownership before assuming that responsibility.

“We in the rescue world are exhausted,” she said. “We are burnt out. We don’t want to be that first choice. It would be nice to see folks come to us as a last resort when they’ve already explored a trainer or fixing the animal, maybe, or lifestyle changes, or family members or friends who could help. I do often see that we are that first line, and that other means haven’t been exhausted.”

MPR is a foster-based rescue and can’t help animals or bring in more animals unless they have fosters. Ms. Valiente and Ms. Jewell can be reached through Kat’s Pet Supply in Mindemoya, or people can find Ms. Valiente through MPR’s Facebook page. Ms. Flamand can be contacted at 705-929-8346. 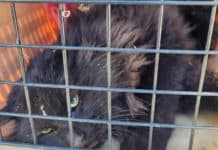 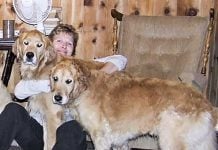 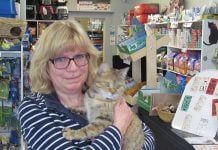 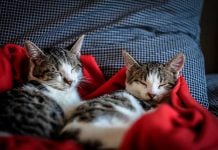 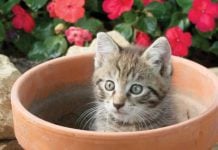 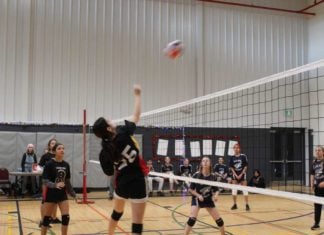