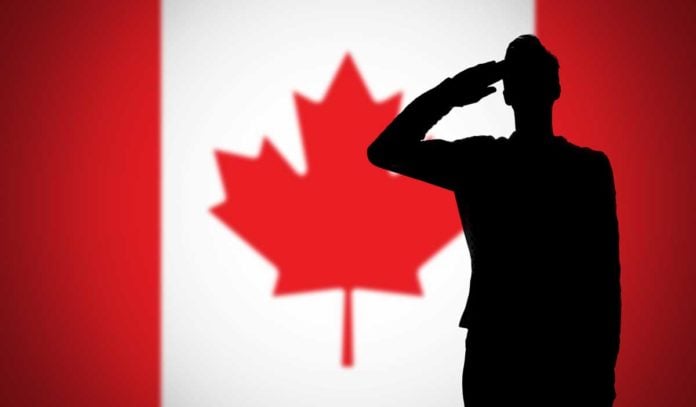 MASSEY—The veterans of the Sergeant Charles Golden Silver Star Memorial Rifle Team have become a familiar addition to Remembrance ceremonies and funerals across Manitoulin Island and the North Shore in recent years.

The rifle team fires a salute over the graves of war veterans of all nations and have completed the honour for many, if not most, local veterans. The team has been adopted by Aundeck Omni Kaning First Nation and observes Remembrance Day there.

Wayne Golden, founder of the rifle team, has issued a call for donations of rifles for the team. Although the standard rifle for salutes has often been the venerable .303, Mr. Golden said that the team gratefully welcomes any rifle. “We’ll take any .303 we can get, but it doesn’t have to be a .303,” he said. “Some of our team members actually find the .303 a little difficult to manage.” The team consists of veterans, many of whom are in advanced years.

“Most people don’t notice the type of rifle being fired,” he said. “One of the female members of the team uses an SKS.” (The SKS is a semi-automatic rifle designed by Soviet small arms designer Sergei Gavrilovich Simonov in 1945 that has been widely exported and manufactured by nations around the world.)

“I was even given a Ross while I was in Ottawa a while ago,” said Mr. Golden.

The iconic Canadian rifle of First World War vintage, the Ross, is a .303 chambered weapon still revered for its accuracy. Although highly favoured as a competition rifle before the war, the Ross fell out of favour once in the trenches as unsuitable for the conditions. But the Ross remained a favourite of snipers throughout the war.

“The Ross was the rifle used by Francis Pegahmagabow,” said Mr. Golden. “He was one of the most highly decorated Indigenous soldiers of the First World War. An Ojibwa from the Perry Island Band in Ontario, he was awarded the Military Medal plus two bars for acts of bravery in Belgium and France.”

“We have our straps dyed white with figure skating polish,” said Mr. Golden, noting that the addition of “white” straps adds to the gravitas of the team’s salutes.

All that is needed to accept donations of rifles is that the person receiving it be in possession of a valid PAL (Possession and Acquisition Licence),” said Mr. Golden. Both he and team member Gary Trimmer have the necessary documents. 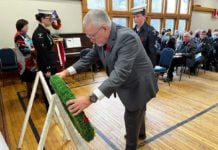 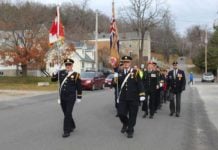 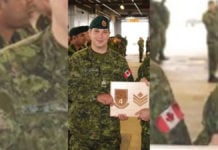 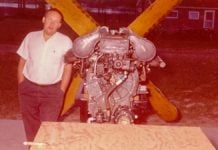 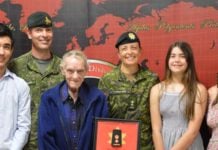