PROVIDENCE BAY—Toronto may have its CNE, but when it comes to the real McCoy of rural country fairs, the Providence Bay Fair holds pride of place. Wandering through the crowds enjoying the vendors’ booths, exhibit halls and midway rides, bright smiles shine at every turn and this year there are even more of those smiles than last year, according to estimates from the gate. “We don’t have the final numbers yet, but initial numbers are definitely up from last year,” said organizer Dawn Dawson.

Watching the crowds on Friday evening, small groups of young teenagers could be seen moving with the urgency of youth from one venue to another, their voices as yet unbridled by the sophistication of high school corridors as the scent of cotton candy, popcorn and mini-donuts wafts across the grounds to entice fairgoers’ appetites. Older visitors to the fair may have moved a little slower, but memories of fairs past and present elicited smiles there as well. 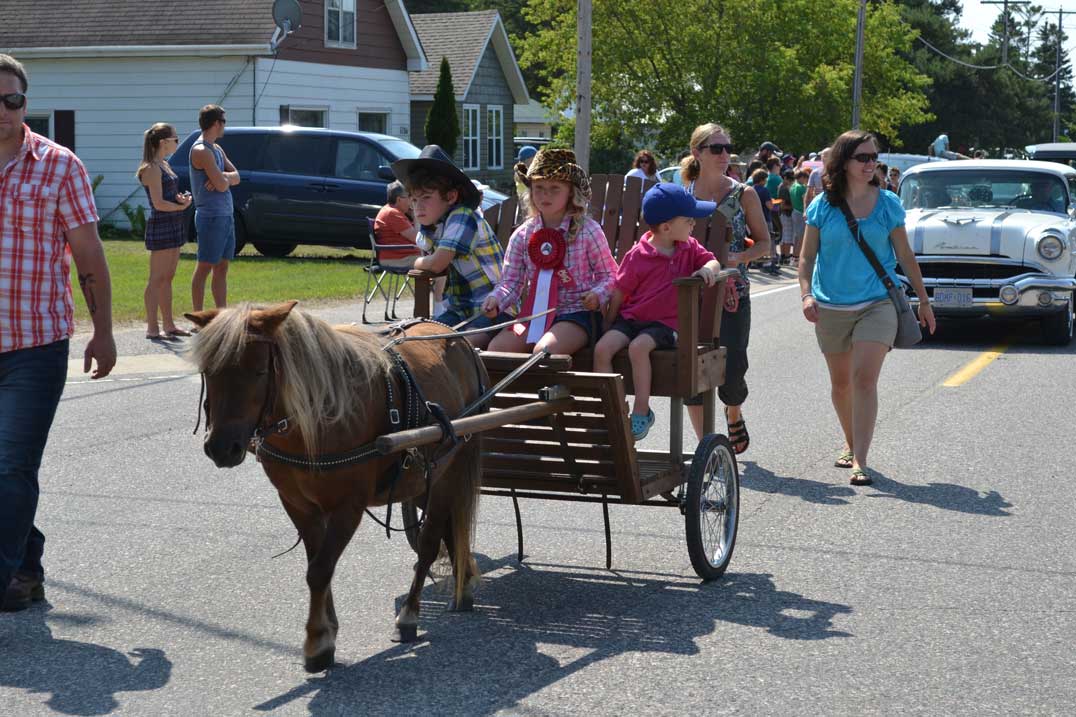 Inside the main hall, dignitaries gather for the opening ceremonies as the music of the popular local country music group the Islanders overlays the chimes and Wurlitzer-style music that provide so much of the atmosphere of a country fair.

Providence Bay Fair committee chair Norm Morrell acted as master of ceremonies for the official opening, putting his legendary auctioneer banter to good use as he kept the onstage action moving briskly.

“It is always a great fair,” said Central Manitoulin Mayor Richard Stephens as he provided a welcome to fair visitors during the opening ceremonies on behalf of himself and his council. “I feel like I have been here for all 132 fairs,” he chuckled, noting the fair is a bittersweet harbinger of the end of summer for many Islanders. “I wish you all a great weekend here in Providence Bay.”

Among the dignitaries offering congratulations was Olivia Bolender, 4H ambassador who noted that this year marks the 100th anniversary of the 4H organization. “You are building young leaders,” she noted. “I am so happy to hear that Providence Bay is keeping the fall fair tradition alive after 132 years.”

Debby Kirby, president of the Ontario Society of Agricultural Societies, also brought greetings and congratulations. “Agricultural societies don’t just put on a fair,” she noted, applauding the many volunteers, young and old, who keep these celebrations of rural life not only alive, but vibrant and relevant in the 21st century. “Help out if you see someone who needs a hand, or if you see one of the people wearing a red volunteer t-shirt, stop to thank them for all of their hard work,” she admonished.

One of those longtime volunteers, Margaret Cranston, was presented with the Service Award for Long Standing Volunteer Service to the Providence Bay Fair by board member Carol Gilmore during the Friday judge’s lunch. 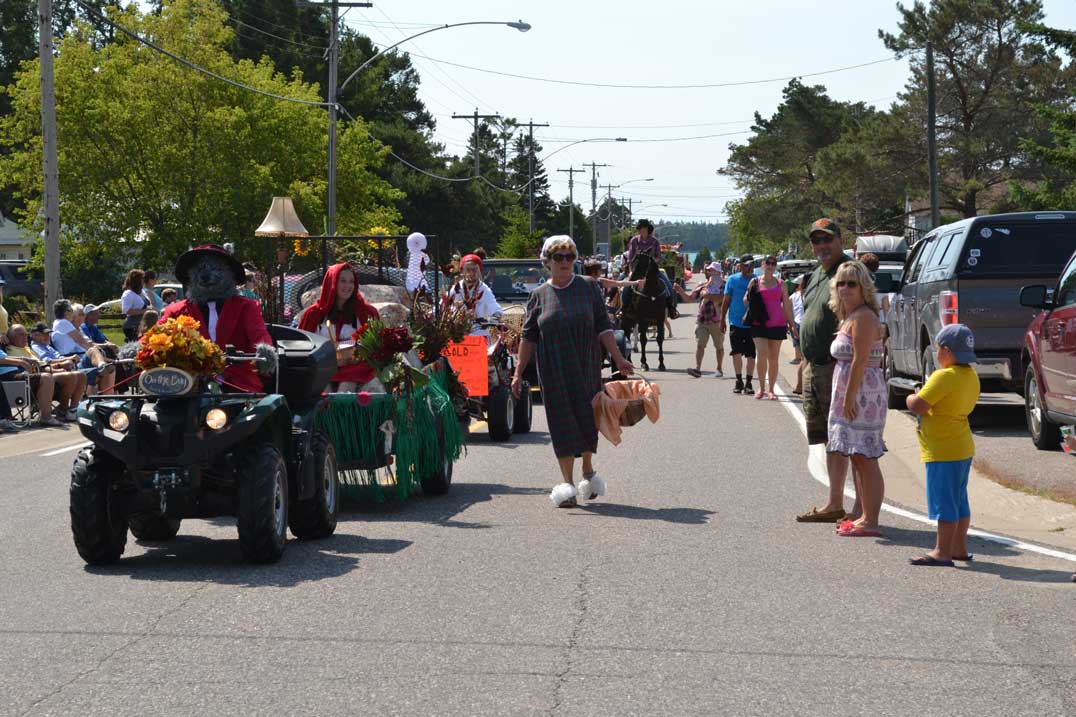 Mr. Morrell introduced Algoma-Manitoulin-Kapuskasing NDP candidate Carol Hughes to the stage to deliver a few words. “Carol told me that since the election is called, she isn’t officially our MP right now,” said Mr. Morrell. “So it is just plain old Carol Hughes.”

Ms. Hughes left partisan politics behind in her remarks, also lauding the work of local volunteers and “all the people who makes this happen.”

Meanwhile, over at the exhibit booth on Saturday, Liberal candidate Heather Wilson and supporters were savouring their $50 first place finish of their entry in the Providence Bay Parade in the Clubs and Organizations category.

But it was Providence Bay summer residents the Nadorozny Family who were grinning the broadest as they were presented with the family fun trophy this year.

Ms. Bolender fulfilled official duties onstage as she crowned Junior Providence Bay Queen Autumn Davey and Junior King Tieren Noble-Stone with their crowns and presented them with a trophy marking the occasion.

The contestants for the title of Providence Bay Ambassador delivered their final speeches before judges John and Joanne Carlisle, Linda Gilchrist and Melissa Chang, with the redoubtable Karlene Scott emceeing the event. Ms. Scott gave a brief history of the fair, now in its 132nd edition noting that the title began as a “dairy queen” contest and that contestants had, for the first three years, “milk a cow” among their skill testing challenges.

Today the ambassador competition is open to all genders and David Hall will enter history as the first male contestant to take up the challenge.

First up to the microphone was 17-year-old Mackenzie Gilmore of Evansville who spoke eloquently and without a single trip-up or slip on how much the Providence Bay Fair has meant to her down through the years and the many floats she had constructed with her family.

Tyra Young, 17, of Tekummah also spoke with eloquence and passion about how much living on the Island means to her, using examples from a trip to the metropolis of Toronto and noting that “you can’t miss stuff you never had.”

Kylie Cranston, 17, of Spring Bay recalled her fondest memories of the Providence Bay Fair as a little kid and the excitement of preparing her entries for the craft exhibits.

David Hall, 17, of Gore Bay discussed things he enjoys about life on Manitoulin Island, particularly bird watching, a passion to which he credits his grandmother with instilling.

Nekiiyaa Noakes, 17, of M’Chigeeng noted that “one day in the big city” was enough to her realize the many benefits of living in a small community. “I realized just how much a simple smile can make someone’s day,” she said.

In the end it was Ms. Gilmore upon whose head the 2013 Fair Ambassador Tanisha Hare set the crown. (The 2014 fair ambassador is currently representing Manitoulin Island at the Canadian National Exhibition.)