PROVIDENCE BAY—Local conservationists, business and resort owners have expressed strong concern about the impact that phragmites pose to the Island’s signature beach at Providence Bay (many of whose letters are regularly featured in the comment pages of The Expositor), but recently the beach proponents may have found an unlikely ally in the oft-reviled but endangered Pitcher’s thistle.

Invasive species often pose a tremendous threat to native plants, particularly those that are already wavering near the edge of oblivion as endangered. This is the case of the Pitcher’s thistle, whose precarious hold on existence is threatened by the European common reed, aka invasive phragmites.

The Pitcher’s thistle, often called the dune thistle, is a species of thistle native to sand dune shorelines along the upper Great Lakes and is native to Indiana, Illinois, Michigan, Wisconsin and Ontario—notably Manitoulin Island and Providence Bay in particular. 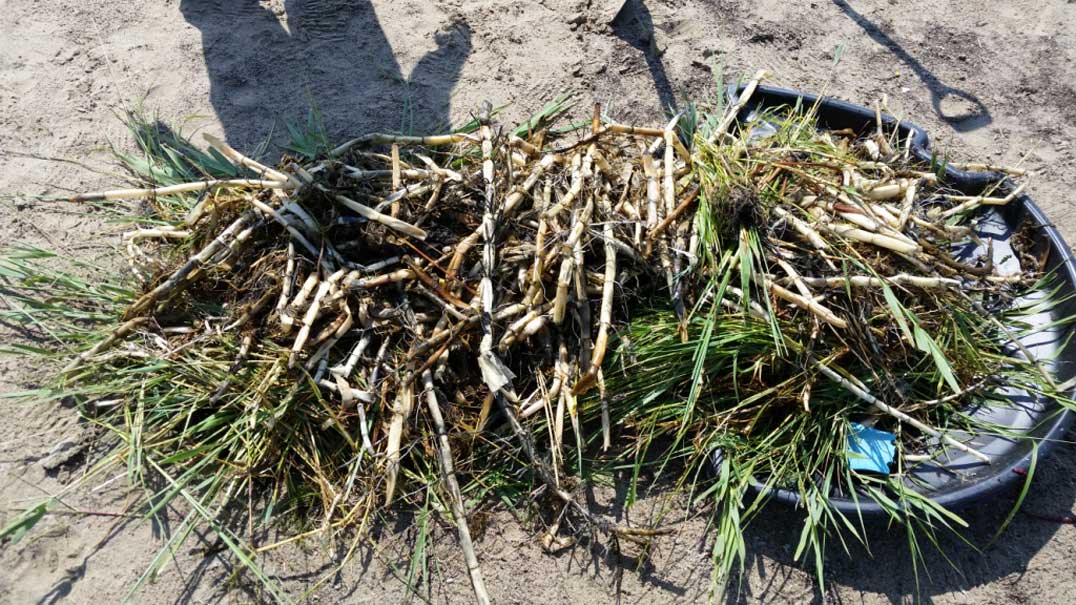 The Town of Central Manitoulin threw in another $1,000 and the war chest was in place—but combating something like phragmites is far from an easy task, physically, environmentally and above all, bureaucratically.

Chemicals that are effective in combating phragmites over water are not licenced for use in Canada, and even those that are used on land have strict requirements—not just anyone can wield the spray wand, it must be a specially-licenced technician.

“It can only be on land and they have to hand-wick the plants,” said Ms. Deschenes. “Judith did amazing work in filling out the paperwork, getting together the permits and dealing with the Ministry of Natural Resources and Forestry.”

Ms. Jones will be supervising the application of the herbicide to ensure that other plants in the vicinity, such as the recently-ennobled hero of the effort, the Pitcher’s thistle.

Although there are undoubtedly hundreds of willing volunteers ready to lend a hand to save the beaches from phragmites, because of the need to use chemical methods and the fact that only specially licenced personnel can apply the chemicals, the best thing one can do is stay out of the way.

“It is particularly important to keep dogs from running through the area, but if there are lots of people around it will slow down the process as well,” noted Ms. Deschenes. “It would be best if people just stay back and let the licenced people do their jobs.”

Since there are no over-water chemicals licenced for use in Canada, dealing with patches of phragmites that have been overtaken by the rising lake levels require a more innovative approach.

Ms. Deschenes explained that a recent seminar on a pilot project at Dean’s Bay given by wetland ecologist Dr. Janice M. Gilbert provided a guidepost for dealing with submerged plants. Since phragmites need access to air to survive, teams of reed combatants armed with sharp spades head out into the water to cut the plants off just above the roots. Unable to access air, the plants literally drown. “It should suppress the plants,” noted Ms. Deschenes.

Hitting the patches of phragmites now, before they are more established, is a key part of any strategy to deal with the beach and stream choking plants.

In the past, conservationists have expressed concern that provincial governments have already thrown in the towel. But there have been some successes in limiting the impact of phragmites when concerted action is taken in a region.

Although phragmites would not normally be seen as falling within the preview of Manitoulin Streams, the threat the impact on fish and other aquatic creatures’ habitat posed by phragmites tends to make dealing with the issue everyone’s problem. 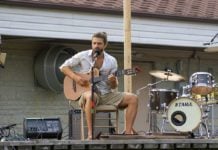