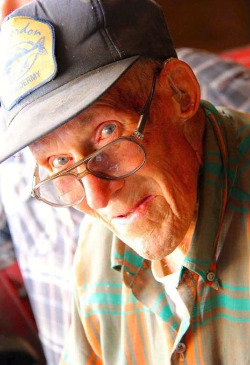 RANDOLPH LAWRENCE GORDON
December 9, 1921 – August 3, 2018
Randolph Lawrence Gordon a resident of Tehkumma peacefully said his last goodbye on Friday, August 3, 2018 with his family by his side at Manitoulin Centennial Manor. Randolph was in his 97th year. He leaves behind his loving wife Kay.
Father of Bev (wife Sue), Terry (wife Rita) and Lyle Gordon. His four grandchildren, Carrie (Randy), Trevor (Josee), Becky and Jennifer. He will be greatly missed by his six great-grandchildren Brent, Shay-Lynn, Breanna, Matthew, Todd and Alexa. Randolph is predeceased by his mother and father Elmo and Grace, sisters Vera, Lillian, Clara-Mae and brother Lindsay. He leaves behind many nieces and nephews. He will be greatly missed by all. He was a great wealth of knowledge of people and history of the Island. Family and friends will gather at Island Funeral Home for visitation from 2 – 4 & 7 – 9 pm Wednesday, August 8, 2018. Funeral Service will be at 11am Thursday, August 9, 2018 with burial in Hilly Grove Cemetery. Donations to Manitoulin Centennial Manor for the Palliative Room would be appreciated.