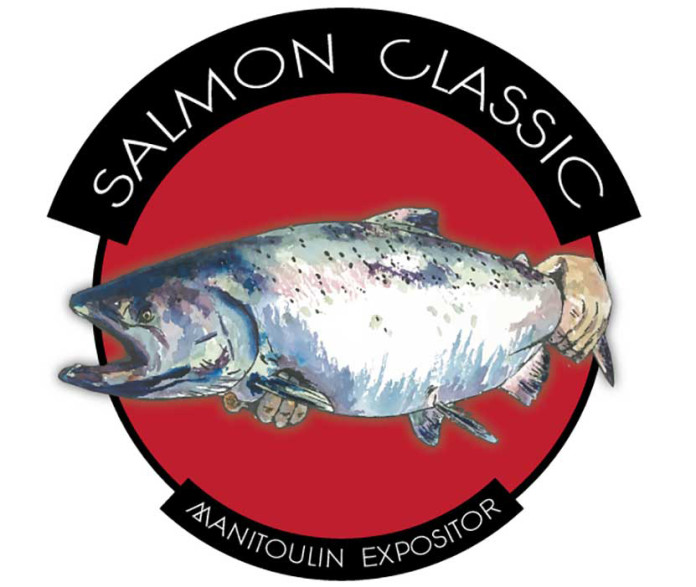 MANITOULIN—If you want to see Expositor Salmon Classic founder Dave Patterson get animated, just mention the word alewife to him. The baitfish and all-round favourite nosh of salmon and trout has seen a massive resurgence in their numbers swimming about in the waters surrounding Manitoulin and the North Shore—and that spells great fishing when the third edition of the Island’s signature angling competition gets underway this Saturday, July 28 (running through to August 26).

There have been some substantial changes in the Expositor Salmon Classic, which has been growing every year to become a significant new tourism draw to the region, explains Mr. Patterson. “The changes are based on the surveys we have conducted with the people taking part in the Classic. I think that’s one of the keys to our success, bringing people what they want. One of the things we have noticed is that this is an event that people can share with their children, it’s really a very family-oriented event.”

“The first change this year is the prize money,” he said. “There is a $1,000 prize for the biggest fish (salmon or trout) caught in the first week, but after tht there is no weekly prize. Instead, we have taken that prize money and put it into the daily prize.” That will see the daily prize for biggest salmon or trout hauled into the weigh-in stations doubling from last year’s $100 to $200.

The second key change is in the weigh station times and locations. “We have moved the Spanish station to Vance’s Camp from the Municipal Marina,” he said. “The hours have changed in Providence Bay to 10 am to 1 pm and 6 pm to 10 pm. We based it on the traffic, and people wanted it open later at night.” In that vein, South Baymouth will be open until 10 pm. “The other weigh stations will be dictated by the marina hours,” he said.

In other good news for fishing Manitoulin waters, Mr. Patterson noted that there are also significant numbers of smelts making an appearance. “There are huge schools of smelts the likes of which I haven’t seen in years,” he said. “The salmon fishing is the best I have seen in a very long time.”

But with the salmon numbers rising, Mr. Patterson has noticed an alarming trend. “I have guys telling me ‘oh, I caught four ‘pinks.’ But when I take a look at the actual fish what they have is immature Chinook.” Those baby Chinook salmon should get a chance to grow into the potential whoppers, suggests Mr. Patterson. “I have a new saying to get out there: ‘If it’s a jack, put it back!’”

But with that slight caveat, Mr. Patterson urges everyone to “get out there and get fishing!” But make sure you (and everyone in your boat that are fishing) have a ticket if you want a chance at The Expositor Salmon Classic’s growing prize board.