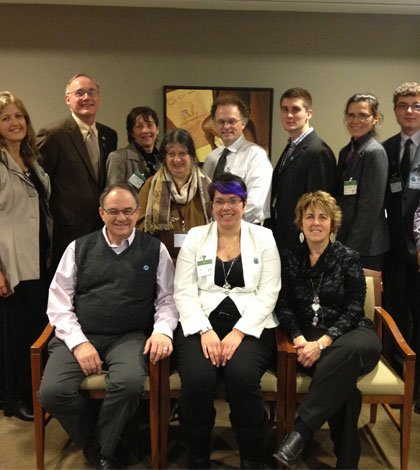 My name is Shelba Deer and I am from Sheguiandah First Nation. I came back to Sheguiandah two years ago to work as a summer student. Little did I know what was in store for me.

I first learned about climate change seven years ago and realized it was a serious issue that could change the course of the earth. I wondered, ‘how could I help bring change to protect Shkagamik-Kwe (Mother-Earth)?’ I was considering studying environmental studies or the earth sciences, but also wanted integrate the Anishnabek way of life. But where to begin was the question?

After working in Sheguiandah that summer I saw the heartache that was bestowed upon my community where the people feud and were into constant conflict amongst each other. I thought, ‘how could I help my people?’ At first I was lost and did not know what I could do to help resolve my community’s problems; I didn’t know what to do with my life. I was torn between helping the Anishinabek and the Earth.

I dropped out of school and did not work for 6 months. I became a drifter and preoccupied myself with taking care of my physical, mental and emotional health. There was something missing in my life and that was spirituality.

In the summer 2012 my cousin convinced me to apply again to work back home. Even though I did not know what my purpose in life was I decided I would work in Sheguiandah and come back home to be with family. Through my time of confusion I started going to the sweat lodge and other ceremonies to begin the healing process and to connect with my heart. Through this way of life I am learning to connect with the earth and my spiritual self.

Cathy Orlando then asked if I wanted to attend CCL’s first annual conference in Ottawa. She said that I would receive training to be a lobbyist and learn about a climate solution called carbon tax fee and dividend. I decided that this could be my chance to comprehend what CCL means, but didn’t know how I would get to Ottawa with barely any money. Cathy assured me she would find a way.

Over the course of the next several weeks the chain of events started to flow the way water flows downstream and eventually becomes a river. One thing about the teachings are: there are no such things as coincidences, things happen for a reason. I had this feeling I was meant to go to the CCL conference.

Before I was to depart on my travels Cathy told me that I was going to be the only Native person and Manitoulin Islander at the conference. Actually, I’m the only CCL member on all of Manitoulin Island. I was nervous when I was told this, but I told myself I was going to go through with this no matter what. I would not let fear hold me back and control me.

When I first attended the conference I knew nothing. A lot of the people I met were scientists, engineers, professors, doctors, nurses and post-secondary students, etc. I felt intimidated by this because here I thought I’m a high school drop-out and only a receptionist. I felt out of place and got quite the culture shock. What was even more difficult for me to take on is when Cathy, (the conference coordinator) told me she was going to ask me to do one more thing. She wanted me to do the opening of the conference. My heart began to beat full of nervousness. She offered me asemaa (tobacco) and I knew I could not turn down her request.

I am now honoured and thankful she asked me to do this. She wanted me to bring a First Nation perspective and words spoken from the heart. Over the entire weekend I learned that Citizens Climate Lobby (CCL) is a growing organization of local volunteer groups across Canada and the US who are pressing for progressive climate legislation. CCL believes that the climate crisis is a clear and present danger to Canadians and beyond, and focus on creating the political will to create a livable world. CCL volunteers lobby Members of Parliament to put a price on carbon pollution and to rebate that money back to Canadians to help with households shift to a clean energy economy. CCL is a non-partisan organization that welcomes people of all political affiliations (or none!). Canada’s CCL now has volunteers in ridings right across the country, from St. John’s, Newfoundland to Vancouver Island.

It was a weekend full of laughter, smiles, tears, costumes, dancing, playing and learning, but I could not know I would experience something as spectacular and special as I did on Monday, November 19 when CCL journeyed to Parliament Hill to Lobby MPs. There were 36 of us in total and we were placed into groups; I was appointed group leader for my group.

My group was to lobby NDP MPs Carol Hughes and Claude Gravelle. At the last minute, Mr. Gravelle was delayed so the meeting was with both MPs at the same time. The group’s goal was to lobby for a carbon tax fee and dividend. It’s a tax on carbon-based fuels at the source where they are dug up out of the ground (like the Alberta oil sands) or brought in from another country. All of the money that is collected is given back to Canadians on a fair basis, not to businesses. Putting a price on carbon pollution will help create the new clean energy economy that we need to transform the climate crisis into an extraordinary opportunity to build a better world.

The meeting with both MPs went very well. Ms. Hughes agreed that turning to renewable energy, integrating the Anishinabek way of life with the environment and educating the public is key for climate change. At the end of the meeting the group took photographs with both MPs. Both MPs were presented with the conference snail/cornucopia emblem pin which has multi-layered significant meanings. The blue represents the ocean, the green represents the earth, the shell represents moving slow like a snail, but it is a start and the spiral represents in the east, which in Indian culture is the flow of positive energy. In that meeting, Carol Hughes gave me three hugs. Carol referred our group to set up a meeting with MP Linda Duncan who specializes in environmental issues.

After the meeting was finished I thought ‘what am I to do now?’ The other lobbyists had scheduled meetings for the afternoon and I didn’t. Cathy said that I would join her in the climate action theatre (CAT) room where we would hang out and talk with the other lobbyists. One of the CCLers heard this and texted Cathy to ask her if I could join their afternoon group.

Cathy brought this to my attention and gave me the choice whether I wanted to take a photograph or lobby, and I decided to lobby. I was to join a lobbying session with the Honourable Carolyn Bennett, MP for the Liberal Party, who is also their Aboriginal Affairs critic.

My meeting with Carolyn Bennett has made me nervous and excited because I had not planned or organized what questions I would ask her. All I knew was I would feel with my heart and have my spirit helpers guide me through this meeting. Ms. Bennett introduced herself and asked the group to sit, and I ended up sitting next to her. Through the meeting I listened to the group members advocate about the carbon tax fee and dividend.

An opportunity presented itself when there was a break in the meeting and I tried speaking but someone spoke before me, and Ms. Bennett knew I wanted to say something and invited me to speak. I said: “I wanted to bring a First Nations perspective to climate change. I want to integrate the aboriginal teachings, culture, spirituality and way life in helping the people and the earth heal.”

Ms. Bennett thinks it is important to learn from the First Nations people to take care of the earth and that the general public needs to be educated about the climate. She says we need aboriginal ambassadors in Parliament to do this.

I asked the Hon. Carolyn Bennett: “How does one become an aboriginal ambassador?” She said we could start with you by taking your picture and putting it on Twitter.

I thought to myself ‘I will have no expectations, whatever happens is meant to be.’ This was a wonderful meeting that ended in me sitting next to her and taking a group photo with the CCL members.

I am no longer lost and have a better realization what my path is here in this life. I do not know exactly what contributions I can bring to CCL or to Canada or the world, but I have endless ideas that are waiting to be unraveled. I will do whatever it takes to help the First Peoples, the people of the world and Shkagamik-Kwe. For the love of the people and Mother Earth.

Chi-miigwetch to CCL and the MPs we met with. 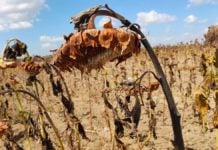