BARRIE—A Sheshegwaning First Nation band member, who now lives in Ottawa, did extremely well at a national body building competition in Mississauga this past weekend, and a previous natural body-building championship held in Barrie.

“It was a great experience and to basically place in the top 15 in Canada says something,” stated Celina Cada-Matasawagon on Tuesday. She competed in the Canadian Physique Alliance Pro-Qualifier Natural Canada competition this past Saturday.

“Some of the athletes have competed in the nationals as well as regional shows,” said Ms. Cada-Matasawagon. “And everyone came with their A game. My coach said of the 520 athletes she felt there was only one person who didn’t belong on the stage with the other competitors.”

The day’s competition proved to be long and exhausting as well. “Pre-judging started at about 1-1:30 in the afternoon and this was supposed to be done by 5 pm. But they went to 6 pm and after a break we didn’t get started on the night competition until a lot later. I didn’t get on the stage until 11:30 at night, and there were still a long way to go for athletes in other divisions.”

“Everyone worked hard to get to that level of competition,” said Ms. Cada-Matasawagon. “I know one of my friends has been competing here for the past four-five years and finally got her professional card out from this event.”

Prior to this past weekend’s competition, “I attended the Barrie Natural championships,” Ms. Cada-Matasawagon told the Recorder. “This is one of the largest regional qualifier championships held. I had qualified last year as well as this year.” 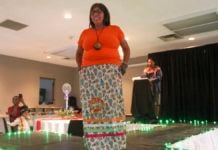 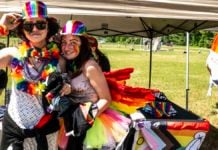 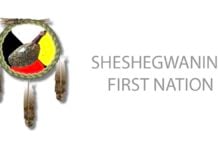 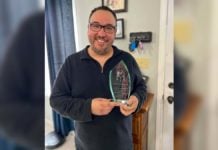