MANITOULIN—For the first time, the majority of the six Manitoulin Island youngsters who completed the trappers course to become licensed fur trappers in the province of Ontario were female.

“This was the first year we had four girls take the trappers course, the most we’ve ever had before, which is very exciting,” stated Seija Deschenes, coordinator of Manitoulin Streams Improvement Association (MSIA). Along with MSIA, the annual program is sponsored by the Ontario Federation of Anglers and Hunters Zone D and the Fur Institute of Canada.

“Now that all six students have passed the course, they have to take their completed papers to the MNRF (Ministry of Natural Resources and Forestry) and receive an Ontario Trappers License,” said Ms. Deschenes. “Then the students come back to us and we give them a trapper starter kit, with different traps and tools they need to get started.”

“I know George (Hagen, trapping instructor for the course) was really impressed with the kids’ efforts, especially a couple of kids’ trapping techniques,” said Ms. Deschenes.

The students ranging in age from 16 to 20 years, included Apryl Pangowish and Symone Peltier, both of Wiikwemkoong; Lawson Cavlin-Minmdemoya of Lively; Kiana Pelletier and Kihiw Lightning, both of Birch Island and Gabby Corbiere of M’Chigeeng.

The trapping course was carried out from November 8 to 12 at Mr. Hagen’s trapping camp. The students were given instruction on trap research and testing and code of conduct for trappers. They learned the types of and proper use of traps, and how to maneuver, repair and reset the traps. They also learned about trapper safety and use of ropes to set traps.

“The course has been offered since 2011 and of the students that have taken the course, half continue to trap,” said Ms. Deschenes. Manitoulin Streams partners with the Ontario Federation of Anglers and Hunters (OFAH) to provide the necessary training and licensing to young citizens in an effort to promote the next generation of fur trappers. 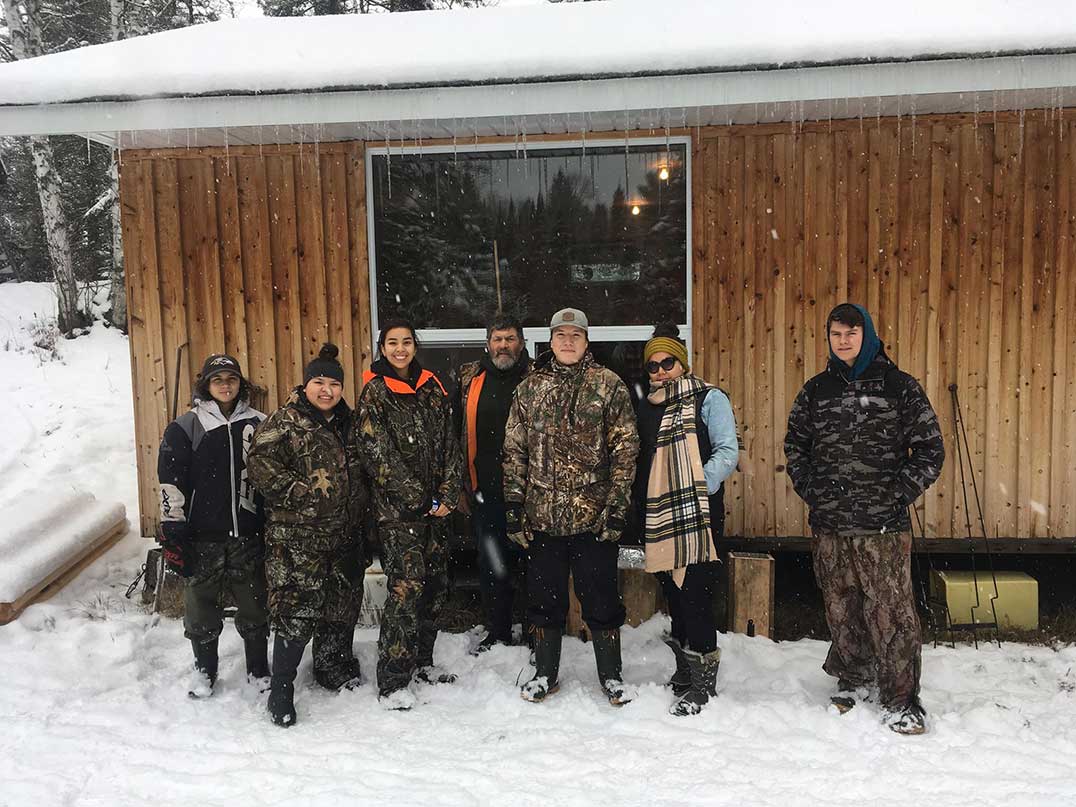