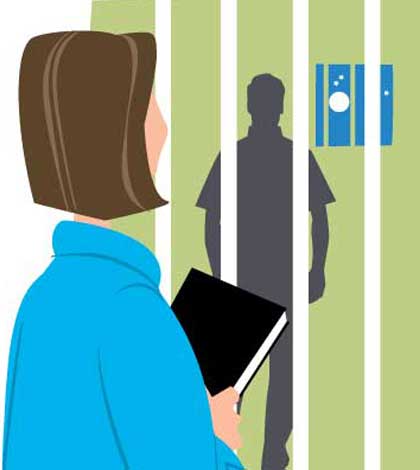 The day after Labour Day, the CBC’s long-running radio documentary series Ideas began its new season with an hour-long piece that dealt with the experience of solitary confinement in the federal penitentiary system.

The documentary was the work of Brett Story, a young woman who completed her elementary and secondary school education on Manitoulin Island.

The documentary was interesting because of what listeners learned of the effects of solitary confinement on a cadre of quite articulate inmates interviewed for the piece.

The person who was not able to be interviewed, but whose story was used to both open and close the program, was the late Ashley Smith who committed suicide at the Grand Valley Institute for Women in Kitchener in 2007 and an inquest into the circumstances of her death is currently underway.

Ms. Story’s point was well and subtly made by the way in which she juxtaposed Ashley Smith’s sad story with those of her interviewees, long-time residents of the prison system and incarcerated for a number of crimes, including murder.

All of them had spent time in solitary confinement. All of them eloquently explained how difficult the experience is to be deprived of human contact.

Consider, then, how difficult such an internal punishment must be for the inarticulate, emotionally disturbed Ashley Smiths of the world; those people who most of us endeavour to ignore when they act out publicly on the streets and deem to be “crazy” in one way or another and are thus written off by even the kindest among us.

For such damaged people, how difficult must it be for them to find themselves bereft of virtually all human contact.

Ashley Smith continually acted out. Prison society clearly did not know what to do with a person who was prone to inarticulate violence so they kept passing her along to institution after institution until, at just age 19, she took her life while prison staff watched.

No doubt such an example of how to do just about everything wrong is an extreme one but it does indicate, for people who are emotionally frail or damaged in the first place, that solo confinement can literally be a death sentence.

The current federal government came to power promising a “law and order” regime with the expectation of more prisons to be built. Politicians and senior prison bureaucrats must factor in the Ashley Smith story on behalf of all of the many, many more emotionally and mentally damaged people who exist in prisons.

We all know or know of people who live on the edge, close to the tipping point.

Should these people find themselves facing the double-barreled sentence of their own personal demons plus a stint in prison, it’s clear that the prison system must find a way of keeping them safe from themselves while they are serving at Her Majesty’s pleasure.

They are, after all, citizens and an alternative to solitary confinement must be found to mitigate extreme anti-social behaviours while such people are in prison.

Such confinement may be useful to prison officials. But it should be used only on those inmates who are psychologically capable of tolerating it and not inflicted on those individuals for whom it will merely cause further emotional damage.