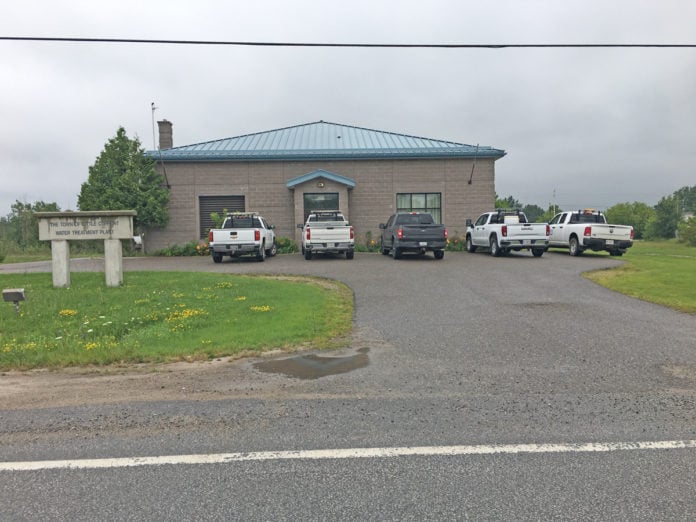 LITTLE CURRENT—Following hours without potable water, the state of emergency for the Town of Northeastern Manitoulin and the Islands (NEMI) has been lifted and residents can look forward to a full return of water pressure by tomorrow morning.

As was reported earlier Saturday, the municipality issued a state of emergency when pump malfunctions caused the Little Current water treatment plant reservoir to run dry.

Following investigation by Public Health Sudbury and Districts, the health unit found that at no point in time during the pump malfunctions did a pressure loss occur meaning that a boil water advisory was not required.

Mayor Al MacNevin told The Expositor that Ontario Clean water Agency (OCWA), the body that runs the municipality’s two water treatment plants, found debris in the system, which has yet to be explained. The mayor said the municipality would be seeking a review from OCWA as to why, exactly, this breakdown occurred.

Both malfunctioning pumps have been repaired (one of which was a backup pump) and the mayor reported that the current pump is operating at normal capacity and that the reservoir is once again beginning to fill. Until that occurs, however, residents and businesses are being asked to conserve water. Water supply is expected to return to normal by Sunday morning.

Volunteers will again be handing out pamphlets to Little Current homes to explain the state of emergency has been lifted and businesses will be contacted by municipal staff.

The mayor urged Little Current residents to “drink up” and thanked all those affected for their patience.