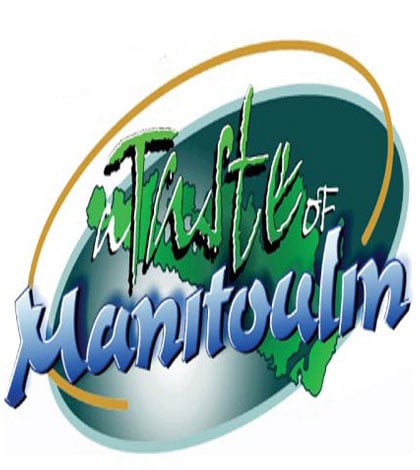 GORE BAY—The Taste of Manitoulin (TOM) food, culture and heritage festival is still alive and kicking and will be held this fall, instead of the spring as it has since its inception two years ago.

Representatives of TOM and the Manitoulin Tourism Association (MTA) met with Gore Bay council last week. “I would like to thank the mayor and council for allowing us time to speak to you tonight,” said Ken Ferguson. He explained, “in the last couple of years TOM was initiated by the Manitoulin Tourism Association as a separate community program to run events in each community, with many local communities taking part. Originally we had held the event in the spring to bolster the start of the tourism season, however food producers have indicated they don’t readily have produce ready in the spring so we decided to put TOM in place in September-October when produce is readily available on the Island. By doing this the event also coincides with Ontario Food Week.”

Lois Keller of TOM told council, “the first TOM was held in the spring two years ago to feature the Island food, culture and its heritage.”

With TOM, “each area on the Island is focussed on for a day with events to partner on with other agencies and groups centering on food from the Island,” said Ms. Keller. “The whole idea is for everyone to work together for the betterment of the Island.” The proposed TOM event this fall will be held over four weekends.

“With the natural beauty of the Island and the changing of leaves during the fall we feel it will be really nice to hold this event at that time of the year,” continued Ms. Keller.

“We are asking for Gore Bay and the community to take part,” she added, asking for a donation of $100 for advertising and to appoint someone as the go to-liaison person, “for instance to obtain the insurance forms.” She pointed out last year the Gore Bay Museum and Gore Bay Farmers’ Market got involved by putting on events for TOM.

Mr. Ferguson also told council that fliers promoting TOM and the Island communities have been distributed by the MTA at tourism-trade shows it has attended this past winter.

“This year we hope to have everything in place by the end of July or early August,” said Ms. Keller.

“When this was organized last year we were not involved,” said Councillor Betsy Clark.

“You were to an extent, the museum and farmers market had an event,” explained Ms. Keller. “Every year we are trying to build up the event with the communities and participants involved and everyone on the Island benefits from an event like this, and by helping to promote each other and each area.”

“How do you measure the success of TOM?” asked Councillor Jack Clark.

Ms. Keller explained, “we take into account the ridership of the (Chi-Cheemaun) ferry. Originally, for those who attended by coming by bicycle, or bike, on the ferry. On the back of a form we had asked them to put their postal code. Our off-Island attendance hasn’t been as good as we had hoped for so far, but we have had people from places like Toronto, Ottawa and London. However, we understand it will take a few years to build up this event.”

The dates set for the Gore Bay, Gordon/Barrie Island and Burpee Mills TOM schedule have been tentatively set for September 28.

“The idea is for each municipality and groups to create their own events, maybe with the theatre, holding a yard sale, or having locally grown grain or maple syrup promoted,” said Ms. Keller. “The main focus is to show off local food and culture. I know in the past we have had a good response from other municipalities. If anyone is interested in putting on events we are more than willing to come back and have a meeting to hear their ideas and what they want to hold in terms of an event.”

She also noted that in many cases, economic development officers take on the role of liaison or event coordinator with a strong group of volunteers.

Ms. Keller acknowledged this saying, “on both years TOM has been run there has been a very good response from the community of Meldrum Bay. We hope the town and other municipalities will take part.”

“Thank you for making the trek up to meet with us tonight, this is a very interesting program and I hope that we can participate,” stated Mayor Ron Lane.

Council agreed the request will be discussed at the next Joint Business Advisory Committee meeting.