Will the MPP invite the premier to personally head up the Methane Gas Research Study?

It is with true sadness that I finally realize and write about how petty we have become. No one is happy. Was it the long ‘winter,’ as some will call the last four months, or lack of ‘winter’ that caused persons to write Letters to the Editor regarding the snowmobile trails, or lack thereof, on the Island. (By the way, I thought the snowmobile club did a fantastic job with what they had to work with.)

Or the anonymous petition for a review of Tehkummah finances. I find it difficult to belief that the Mayor/Reeve, ‘the guy in charge,’ can’t figure out why the petition is anonymous. While the council is discussing this petition maybe they can discuss when they are going to “fix” the newly constructed bridge across the Manitou on Government Rd. that the last council screwed up so bad! I heard the river is sinking, or rising, I forget which. And tonight I read about some damage on the dock at Sandfield where apparently “something slipped through the cracks.”

These things happen, we are human. Well, for the main part.

Everyone who reads this paper needs to concentrate their energy on one issue, provincial politics, and who “we” will elect in 2018. How have we screwed up so badly. Notice I say ‘we.’ Well it’s true. We are Canadian. We grumble, bitch and chew to our family and friends and in the local coffee shop but we do nothing until it directly affects us.

Hydro rates are killing this province yet we were sucked in by the Green Energy Plan. Wind and solar were to be our saviours but at what cost?

Cost? Well how about the agreed carbon tax which is now in effect in this province. Once again we pay. And for what? Nothing that any one of us has done, well except the farmers. They are to blame. Why, you might ask? Methane gas. Methane gas is a byproduct of the bovine (cow, steer, bull) digestive system and is released unchecked into the atmosphere. It is rumoured that the present government is conducting research to determine how much gas is released and how this will affect our Carbon Tax payments.

Carbon Tax? So apparently, we (that’s you and me) entered into an agreement with the other provinces and the US of A to cut emissions into the atmosphere at an agreed rate. If the targets are not met then monies or funds are paid to those provinces or states who are achieving their goals. Apparently panic has set in over the methane gas thing and our government (you know, the smart people we elected) is trying to figure out if we will Wynne or lose the methane war.

I am told that there are approximately 15,000 head of cattle on the Island (give or take) but never really noticed or had anyone make a stink about it, or them. And what honestly really surprises me is that the government (someone must have let the secret out of the bag) actually acknowledged that there is life north of Hwy 9. I would hope that our Member of Provincial Parliament would invite the premier of Ontario to personally head up the Methane Gas Research Study. 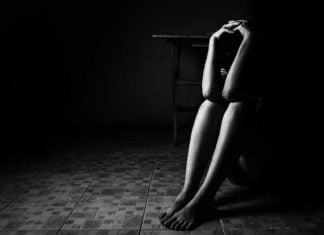