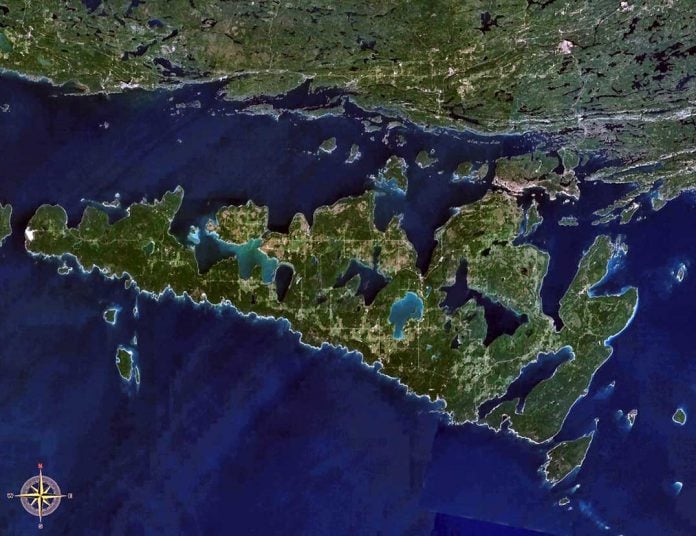 Mr. Dumas began the sessions with a reminder that UMIT had started in the fall of 2016 when the March of Dimes, based in Sudbury, became concerned that employees were finding it difficult to get to work on time.

“There was a need for transit of some kind,” Mr. Dumas said, “and the March of Dimes laid the groundwork.”

Mr. Dumas introduced Wally Beck at the meetings as the person who will do a feasibility study for UMIT. Mr. Beck is the president of Transit Consulting Network and has 43 years of involvement in transit and 23 years of municipal experience.

The work on the feasibility study began in October. In April, the Municipality of Central Manitoulin (MCA) received confirmation of up to $500,000 in provincial community transportation grant funds.

Community engagement was a key component of the study with sessions held in Gore Bay, Mindemoya and Little Current, followed by an online survey, further meetings, one-on-one interviews and research of current transportation services. This was in addition to the many meetings Mr. Dumas had held throughout the Island, including with the United Chiefs and Councils of Mnidoo Mnising (UCCMM), First Nations, municipalities, the Manitoulin Municipal Association (MMA) and others.

As Mr. Beck laid out at the beginning of the study, residents need affordable access to jobs, schools, good and services, including medical facilities, with the latter growing in demand as the population ages. Introducing affordable transportation will improve the resident quality of life and is better for the local economy and businesses.

The report points out that public transit can play a major role for seniors when it comes to aging in place. Public transit provides an opportunity to break down isolation barriers for seniors who have no means of moving about through their community and can generate a sense of independence and fulfillment for the mobility-challenged and people with disabilities. Public transit can also enhance economic development and enables youth to participate in sports, school and recreation in the community and can be the only option for people who cannot afford to purchase and maintain a personal vehicle.

As outlined in the draft report of the feasibility study, Mr. Beck assessed various service options based on best practices with a focus on the resources that are available on Manitoulin. It was determined that a small community bus that can accommodate up to 15 people and up to two wheelchairs would be used in a fixed-route scheduled service that would connect either Mindemoya to Manitowaning via Little Current or Gore Bay to Manitowaning via Little Current. To complement the public transit route, it is proposed that the taxi industry be approached to provide a taxi feeder service from outlying communities to connect with the scheduled services at designated transfer locations. The report recommends that taxi operators allow taxi rides to be shared in order to reduce the cost to the resident.

Given the limited funds available, it is also recommended that two round-trips per week be provided five days a week with service to begin in January 2020. A single zone transit fare of $3 (minimum) is suggested for travel within 10 kilometres and increased accordingly based on transit fare zones travelled at an additional cost of $3 per 20 kilometres travelled as a guideline. The use of smart card fare payment is also proposed in order to maximize fare security and track resident use over the course of the pilot project. Other recommendations that Mr. Beck has for UMIT include securing the services of a qualified transit service provider to operate and maintain the community transit bus route and service, the transit service provider shall provide the vehicles necessary to support the transit service and that the proposed transit service plan and budget are in line with the local community transportation grant proposal. As well, it was recommended that UMIT explore opportunities to support the potential role of taxis in providing feeder services to the Manitoulin Island bus route and to commence service implementation no later than April 2020.

Mr. Dumas noted the need for the group to incorporate for liability concerns and that the board ensure that transit needs are taken care of in partnership with other Island entities. He outlined four steps that need to be taken, including implementing a representative board, finding a service provider and a professional management provider with negotiating skills as terms of reference.

Mr. Dumas also stressed the importance of the dealings with the Municipality of Central Manitoulin. “They are key to our relationship in transit,” he said, “they need a memorandum of understanding as they will be more than central to the funding flow. We need to follow the rules of the municipality funding parameters.”

In speaking of forming a UMIT board, Mr. Lees said that he would like to recommend someone from the local hospital as a member. “We need board members who have political clout,” he added. “Who can pull funding and who have leadership positions and membership from different municipalities. A March of Dimes rep, hospital rep, municipality rep, mental health person, Indigenous rep and tourism rep.”

To this, Ms. Cook said that that “we should advertise for board members and a manager and get bridge funding from the municipalities and First Nations. Fifteen hundred to $2,000 each.”

“We need something posted publicly,” Mr. Shaffer added. “A public notice for board members from the above sectors.”

Mr. Dumas also noted that the group has had a name change from Manitoulin Transit Group, used on Facebook, to United Manitoulin Island Transit (UMIT).