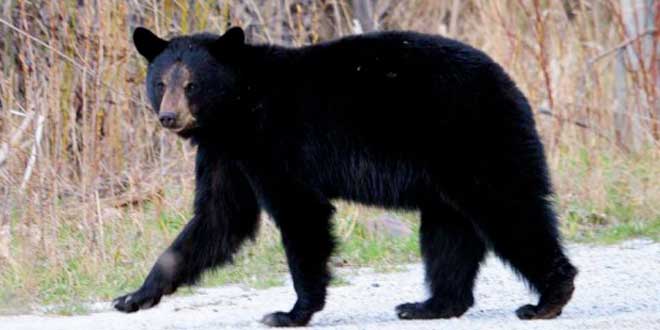 “I don’t know why there isn’t more concern being raised about nuisance bears on the Island, we certainly have a problem on Manitoulin,” stated Jim Sloss, chair of the United Fish and Game Clubs of Manitoulin (UFGCM) after a meeting last week. “We would like to be part of the MNR’s spring bear hunt pilot project—we would like Manitoulin Island and Cockburn Island to be part of the program.”

Mr. Sloss told members of the UFGCM at the meeting last week that where he deer hunts (Vidal Bay), “the number of bears are way up. The only way to humanely control their numbers is through a controlled hunt.”

“It’s good that the province has come up with this pilot project but it doesn’t include the Island, at least not for the two years of the pilot project,” said Mr. Sloss.

“I understand the government is considering reinstating the spring bear hunt pilot project, but only in certain areas,” said Doug Hore. “I say this should be in place across the province.”

Ron Snell suggested the return of the spring bear hunt pilot project in some areas of the province was based on the number of nuisance bear calls the MNR has received from areas such as Sudbury, North Bay and Sault Ste. Marie. He also noted the City of Greater Sudbury council, at a meeting last week, voted in favour of being part of the spring bear hunt pilot project.

“They are looking at an area like Sudbury where there are over 100,000 people, so obviously there would be more complaints there in regard to nuisance bears,” said Mr. Hore.

The UFGCM policy statement on nuisance bears should be to have the MNR bring back the spring bear hunt to what it was previously, throughout the province, said Mr. Snell.

“By having a legal bear hunt season, some nuisance bears are killed because they have become a nuisance won’t be just dragged into the bush and allowed to spoil,”said Mr.Hore. “It would definitely be better to have all of this done legally with a spring bear hunt season.”

“I think it is important for us to let the MNR know we (Manitoulin) are interested in being part of the spring bear hunt pilot project,” said Mr. Sloss. “And this type of hunt can provide a significant economic impact. Hopefully in two or three years the province will reinstate the spring bear hunt to other areas and we can be on the list for it to take place locally.”

The UFGCM members agreed that a letter will be sent to the MNR stating it would like Manitoulin and Cockburn Island be part of the program.