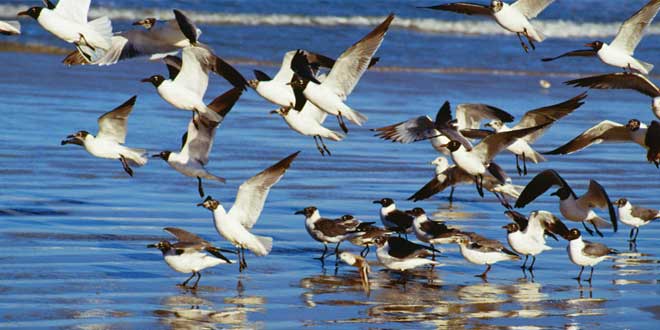 LAKE HURON—The US administration has finally started to act after 50 years of failing to complete the terms and conditions of a United States/Canada agreement to compensate for the loss of water from Lakes Michigan-Huron and Georgian Bay due to navigation dredging in the St. Clair River, states a press release from Sierra Club Canada.

Last Tuesday, the US president approved a modest amount of funding for the United States Army Corps of Engineers to re-evaluate its past compensation designs in light of current knowledge and technologies, the release continues. The president’s funding will get the process started. The Corps’ engineering analysis is projected to take up to three years to complete.

“The Great Lakes Section members have been working on this significant loss of finite water from the upper Great Lakes water for over 12 years. This announcement is a testament to the persistence and scientific expertise of a small group of dedicated volunteers to finally get our governments to act,” said John Bennett, national program director for the Sierra Club Canada Foundation. “I applaud their efforts. This announcement would never have happened without their tireless work.”

While the last 12 months ‘blip’ of extraordinarily high precipitation and extreme cold winter has provided some relief to the upper Great Lakes, water levels on Lakes Michigan and Huron/Georgian Bay are still about 33 centimetres below their long-term average. Meanwhile, the other Great Lakes are at (or above) their long term averages under similar conditions. “This disparity cannot be allowed to continue and we are pleased that President Obama understands that,” continued Mr. Bennett. “We now need to hear from our prime minister. Canada needs to play a greater role in protecting the Great Lakes and moving the long overdue bi-national agreement for compensation measures in the St. Clair River to completion.”

Decades of human alterations to the St. Clair River, including dredging and subsequent river bottom erosion, has increased the outflow from Lake Huron and further deepened the river at some locations to over 60 feet, the Sierra Club states. Ships only need 27 feet to pass when they are fully loaded.

Mary Muter is one of a team of Sierra Club researchers who have supported the need to retain water in all the Great Lakes, including St. Clair River compensation measures. She is chair of Sierra Club Canada’s Great Lakes Section and the vice chair of a new binational group known as Restore Our Water International (ROWI) which has pushed for the Obama administration to act.

“The loss of wetland and fish habitat as a result of the last 12 years of critically low water levels is unacceptable,” Ms. Muter said. “The exposed shorelines have been taken over by the invasive plants, including phragmites australis and Eurasian milfoil, whose very dense growth provide little habitat for fish and wildlife. We know that compensation measures can be deployed in the St. Clair River in an environmentally responsible manner, with full consideration of both upstream and downstream interests,” Ms. Muter added.

Locally, Therese Trainor, secretary of the Manitoulin Area Stewardship Council, said she was “ecstatic” with the news. “This is tantamount to the Obama government recognizing the value of this scarce non-renewable resource and they are putting their money up to prove it. I am concerned by the silence of the Canadian government and troubled by what this silence means in terms of the value it places on this resource. I am hopeful this commitment by the Americans will shame our government into responsible action.”

Michael Erskine - July 28, 2021
LITTLE CURRENT - If you are looking for a new newt you might want to drop by Little Current’s latest business, Pets Galore, which...