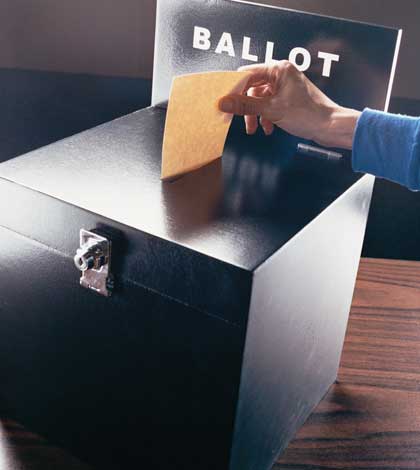 I am responding to the letter as it appeared in the October 30 edition entitled ‘Sheguiandah councillor spikes fellow councillor’s volley.’ I would like to start out in this way. Out of nowhere comes the truth with a fantastic blocked shot.

In my initial letter I stated that Kevin Mishibinijima, being under oath at a hearing (regarding council’s inability to meet), when questioned, stated that they had no written evidence that could back up allegations from their protest; this says a lot about these two former council members. I know the public can’t see what we see, or know what we know. We will see what will prevail, lies or the truth. It’s quite obvious these two could not handle the truth.

I have never stated or claimed to anyone that I could walk on water, or that the concept of perfection ever exists with me. I constantly remind myself that human mistakes are inevitable. When you keep referring to losing respect for me as a healer, all I can say is too bad for you and your followers. In case you don’t understand, our spiritual ways are about truth, the language of the heart.

On the other hand I have lost all respect for you and your counterpart, which began around June 2012.

Over the past 30 years I have travelled throughout Indian country and believe me, I know what an elder is and what a senior is. I had travelled many miles to go out and learn in places like Manitoba, Minnesota, Wisconsin and Michigan. All these places taught me about spirituality. I can’t really say I learned anywhere close to home, with the exception that I learned how not to be. I’m sorry to say again your perceived perception of what an elder is and my perception simply do not align, nor will they probably ever meet. Experience dictates otherwise and I stand by my comments and words. What a great time for learning and growing. It takes an incident like this for the truth to be known.

The only part of the letter that I agree with is the remarks made about Indian Affairs (federal government) and how they played a part by not acting or enforcing policy.

This is the system we have to live under for now. How many times have I mentioned this in the past? I guess you obviously were not listening. In your letter you stated that Indian Affairs said wait 15 months until the next election. My question to both of you is ‘if you were aware of this, why wouldn’t you step down and give others a chance to do the job you both failed at, and couldn’t do?’

Let the public know that you both demanded to get paid for work you never did. When chief and council sat down with the Indian Affairs superintendent to try to take care of band business, she stated other communities with similar problems were ready to get work done, pass resolutions and resolve difficult matters. What took place is exactly what we predicted, the only thing that both of you were concerned with was saying no to everything, or finding ways to sabotage the talk through procedures. Please enlighten the public with some truth.

Many times, Kevin, you were asked to attend meetings, your response was, ‘I have to pump gas.’ It is such a high tech job no one else could do it, it was impossible to find a replacement. You do this job so well, maybe you should seriously consider getting out of the political arena, leave this job up to those who are courageous—honest people who genuinely care for our community and its members. I looked up the word coward in the dictionary and the definition goes like this: one who has a shameful lack of courage or fortitude. Does that sound familiar? Look in a mirror and tell us what you see.

In closing, I will share this with you and your followers. We can all walk on water, this phenomenon happens when the temperature drops to -15°C and stays that way for a week, usually well into December. We can all walk on frozen water—it’s called ice. Our election can serve as a gauge to determine how sick the community is. Do we take a step backwards or do we continue to move ahead and help create a meaningful future for our children and all those yet unborn. 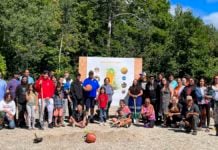 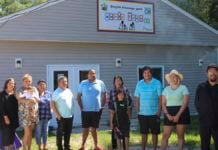