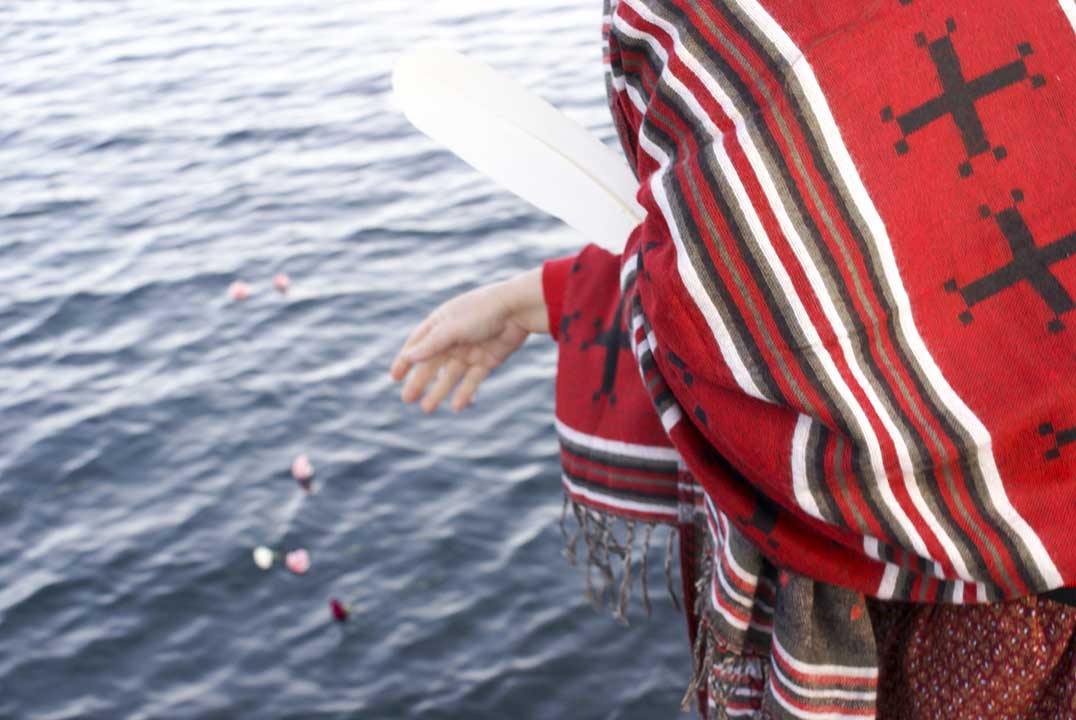 LITTLE CURRENT — The February 22 verdict that found Raymond Cormier not guilty of second-degree murder in the death of Tina Fontaine sent shockwaves of disappointment, grief and anger across Canada. Mr. Courmier had pleaded not guilty in the August 2014 death of 15-year-old Tina Fontaine from Sagkeeng First Nation in Manitoba. Tina’s death drew national attention and highlighted the need for a national inquiry on missing and murdered Indigenous women and girls.

Following the verdict, Federal Crown-Indigenous Relations Minister Carolyn Bennett tweeted, “Tina’s is a tragic story that demonstrates the failures of all the systems for Indigenous children and youth on every level. We need to do better. We need to fix this.”

“With this verdict we see yet another young First Nations woman failed by the system, failed by the police, and now failed by the courts,” said Assembly of First Nations (AFN) National Chief Perry Bellegarde. “We stand with Tina Fontaine’s family and friends as they seek justice and healing. First Nations demand immediate changes to a system that allows our young people to die without justice. This verdict is a severe setback for justice and reconciliation in this country. Reconciliation cannot be simply about words – it has to be about action, about valuing the lives of Indigenous people, and keeping Indigenous women and girls safe.”

Anishinabek Nation Grand Council Chief Patrick Madahbee said that the not guilty verdict goes along with the many other injustices that First Nations people face. “Support is needed for Tina Fontaine’s family at this very stressful time,” said Chief Madahbee. “The child welfare system failed this child and now the justice has. I urge all Anishinabek citizens to participate in rallies and vigils around the territory.”

Aundeck Omni Kaning resident Jo-Anne Thibodeau-Audette heeded the call and organized a walk in honour of Tina Fontaine. “We want to show that Manitoulin Island is in solidarity with Tina Fontaine’s family,” said Ms. Thibodeau-Audette, “and with all the other missing and murdered aboriginal youth. The justice system is failing us and we need to see some positive changes.” She was pleased with the turnout which included Indigenous and non-Indigenous walkers, with men, women and children represented at the Saturday, February 24 walk in Little Current.

Participant Michelle Atkinson sat at the cenotaph in downtown Little Current, holding a framed photograph of a young aboriginal woman. “The system failed my daughter, Cheyenne Fox,” Ms. Atkinson said. “There is no justice. This doesn’t just happen elsewhere. It happens right here, close to home.”

Ms. Thibodeau-Audette brought tobacco and carnations for walkers to place in the water. “She was found in the water. Unfortunately, that is where her murderer left her to die. We want to make sure she is honoured respectfully.” Tina’s body was pulled from the Red River in Winnipeg, wrapped in a duvet cover and weighed down with rocks, eight days after she was reported missing in August 2014.

“Our justice system is failing Indigenous people.  Sadly, social media has shown us that Canada has a long way to go before we reconcile. Social media has brought out racism, where people can hide out behind anonymous posts. This has to change.”

Metis artist Christi Belcourt thanked everyone for coming out and showing solidarity for Canada’s Indigenous youth, “who Canada has failed. There is no justice for them or their families. What we are doing is making a difference. They are throwing trailer hitches at our youth,”she said. “It’s too much. What do I mean by solidarity? We need to turn to ourselves. We need to restore who we are as Indigenous people. It’s too much sometimes, the grief and the pain. The spirits of our ancestors want us to be healthy and whole, to have joy in our lives. We must stand up for ourselves.”

Ms. Thibodeau-Audette relayed a recent personal story. “My daughter was in Ottawa,” she said. “She’s 25. She posted a photo of herself on Facebook. In the photo she wore a ball cap with the words ‘Indigenous Proud’ written across the front. My first thought when I saw that picture was I have to tell her to remove that picture. I was terrified for her. I shouldn’t have to feel that way,” she said. “I shouldn’t have to be afraid that my daughter wants to be Indigenous proud.”

Ms. Belcourt passed on a message of thanks and peace from the Fontaine family. “They thank everybody for the love and support you are showing. We don’t want more violence,” she said, and thanked participants for their “peaceful, loving ways that you are demonstrating here.”

First Nations have called for changes to the systems that continue to fail First Nations and fail the entire country. They are calling for immediate action to ensure Indigenous representation on juries and to support First Nations approaches to justice, including restorative justice.

“The whole system failed Tina Fontaine,” said Ms. Thibodeau-Howard. “Not just the justice system. It was the police. It was Children’s Aid. She should never have been left alone in a hotel at 15-years-old. Did anyone lose their job over that?”

“We’re the adults,” said Ms. Thibodeau-Audette. “We’re the ones who have to make better choices for our people.  Somebody’s got to start and then we need to build on that.”

She started with a walk.