On Thursday, July 7 some of the leading lights of Canadian filmmaking—writers, directors, actors and technicians—gathered at the Four Directions Complex in Aundeck Omni Kaning to celebrate and acknowledge the intervening two decades of blood, sweat and tears that had gone into this day where they learned more about the vision and path forward charted for WFI under Ms. Cheechoo’s determined hand.

The evening opened with an invocation by elder Alma-Jean Migwans and the story of the turtle by elder and artist Randy Trudeau. Fittingly, Mr. Trudeau’s spirit name refers to the turtle and he invoked the spirit and teachings of the turtle with a gentle humour, reminding the audience that it was the turtle who won the fabled race with the hare.

The architects Elastico Farm, in collaboration with KFA Architects and planners, which have created a design for the new WFI school building, then took the audience through the development process and vision behind that design, inspired by the turtle; a design that uses cutting edge screen designs to meld the building into the land, while providing classrooms, workspaces and a theatre interconnected with efficiency—all with the key underlying principle of respect.

Architect Stefano Pujatti of Elastico Farm explained how the design uses iced water as insulation in Canada’s cold northern climate as a solution as well as an esthetic and how he met Dr. Cheechoo by chance several years ago and how, driven by the same values and visions, they decided to collaborate on a project for a new WFI building.

Keynote speaker Michael Etherington delivered an impassioned talk directed toward inspiring youth and informing mentors. He noted that Canadians have been sleeping when it comes to tapping into the potential of Indigenous youth in all aspects and that WFI has “charted a great path for you.”

Dr. Cheechoo acknowledged the many nations that she and her school stand upon and said that she was honoured to be part of the celebration of 20 years of success.

“WFI has brought a light of hope for many of our Indigenous and diverse youth,” she said. “Our youth have been burdened too long with a lack of self-esteem and opportunities. Now we must lift more of our young people from the quicksands of welfare and dysfunctional life and put them on solid rock facing the sunshine of our nation.”

Dr. Cheechoo acknowledge that “it’s been a challenging 20 years for Weengushk but we have managed to make it through many obstacles thrown our way. This would not have been possible without our donors, board of directors, funders, friends, instructors and our hard working team.”

Dr. Cheechoo went on to cite her son Nano Debassige, Angela Lewis, Sandra McKay, John Stewart, Patricia Scarlett, Nishina Esquega, Sophie Edwards and Phyliss Ellis. “There are so many other staff members,” she said. “I would like to say chi-miigwetch for your support over the last 20 years.”

“It is time for Indigenous voices to be heard,” she said. “We have songs for our land, songs for our water, for our medicines and for our children and we have our own stories, decades of stories, to tell and we want to tell them our way.”

Dr. Cheechoo offered special thanks to the late Bill Humphries and Tom Peltier baa. Dr. Cheechoo was inspired in the arts at a very young age at the Schreiber Island Art Camp established by Mr. Peltier, along with her late husband Blake Debassige baa.

“My experience was like watching a child get up and take their first steps in life,” she said of her time at the helm of WFI. “Our participants walked through our doors and we watched and guided them every step towards a new self.”

She dedicated the day to her late husband, Dr. Blake Debassige baa, “who stood by me for years and believed in my dreams.”

“We at WFI refuse to believe that there are insufficient funds to assist the riches of freedom and security that our young people need in our society today,” she said, adding a word for all those bureaucrats through the years who asked the question “‘but how will it be sustainable?’ isn’t the last 20 years enough?”

Algoma-Manitoulin-Kapuskasing MP Carol Hughes brought greetings and words on behalf of herself and provincial colleague Algoma-Manitoulin MPP Mike Mantha, thanking Dr. Cheechoo for all that she and her crew have done for youth.

Laurentian University professor Hoi F Cheu spoke of how he was inspired by a work of Dr. Cheechoo, a short film adaptation following a young girl who takes on more responsibility after her father becomes ill, and how that work changed his entire perspective on women.

Among the most inspiring of the addresses on that eventful evening was provided by student Angela Dockstader, who recently graduated from Lab 1 film production and who recently has returned for the Women in Film summer session. Ms. Dockstader spoke of the doors that have opened figuratively and literally for her through the inspiration provided by Dr. Cheechoo, Nano Debassige and Phyliss Ellis and how a light has illuminated her career forward, eliminating any clouds of doubt shadowing her future path.

Invited guests were treated to a delicious meal catered by Hiawatha Catering and musical entertainment. The following three days hosted the Weengushk International Film Festival with over 40 films screening at three venues. 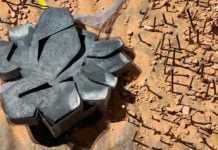