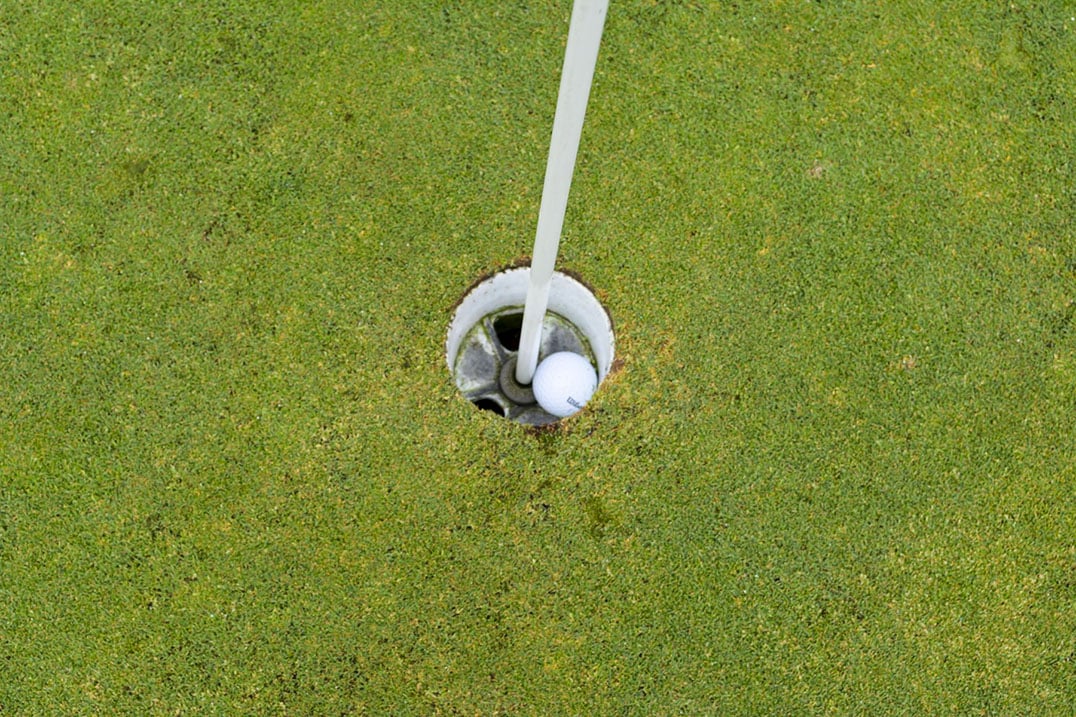 MANITOWANING—The weather may have started out pretty rough for the 12th annual Rick Francis Memorial Golf Classic Tournament, but the grins were bright as sunshine when golfer Dave Shawanda dropped a ball into the 11th hole with one stroke to win a brand new Dodge Dart.

“A hole-in-one on Manitoulin, what away to bring this home,” enthused co-organizer Ray Francis of Little Current. “Thanks, Dave.”

“It was quite a surprise,” admitted Mr. Shawanda, a finance director at Whitefish River First Nation. Mr. Shawanda used a 6-iron to drive his ball the 163 yards from the pin to the flag and a rangefinder to gauge the distance. “I got it at the gift shop,” he said of the laser rangefinder. “It’s a handy little gadget.”

The tournament’s previous 11 outings were held in Thunder Bay, where the late Rick Francis of Wikwemikong, Ray’s brother, lived and worked. This is the first time the tournament has taken place on Manitoulin and although the weather was iffy at the start, things soon brightened up.

“Although the day started out pretty miserable, albeit mother nature or as one sponsor put it ‘maybe Rick himself helped with the weather’,” said organizer Ray Francis of Little Current. “The rain stopped and the wind came with some intensity—one golfer passed by me and said ‘now we know how they feel when they play the British Open’—the flag was almost bent half over from the wind, but that wind was soon parting the clouds and letting in the sun.”

Mr. Francis was two holes in under the newly revealed sun when his daughter called him and told him the news that golfer David Shawanda made a hole-in-one on the 11 hole to win the Dodge Dart.

“A huge thank you to Wayne Legge and Manitoulin Chrysler for their support time and effort with both the Dodge Journey and the Dart,” said Mr. Francis. “The evening was enjoyed with a wonderful meal and video of past events with Rick’s family.”

“This was my first tournament as a co-chair with my brother Kerry and a huge thank you to all those volunteers,” continued Mr. Francis. Mr. Francis noted that there were 70 attendees at the dinner and that some 60 golfers had signed up for the tournament.

Mr. Shawanda was to pick up the car yesterday (Tuesday). “I could have picked it up yesterday,” said the golfer on Monday morning, “but we had already made plans to go to Toronto today.”

The 13th Annual Rick Francis Memorial Golf Classic is booked at Rainbow Ridge Golf Course for August 6, 2016 with a practice round to be held on August 5, 2016.