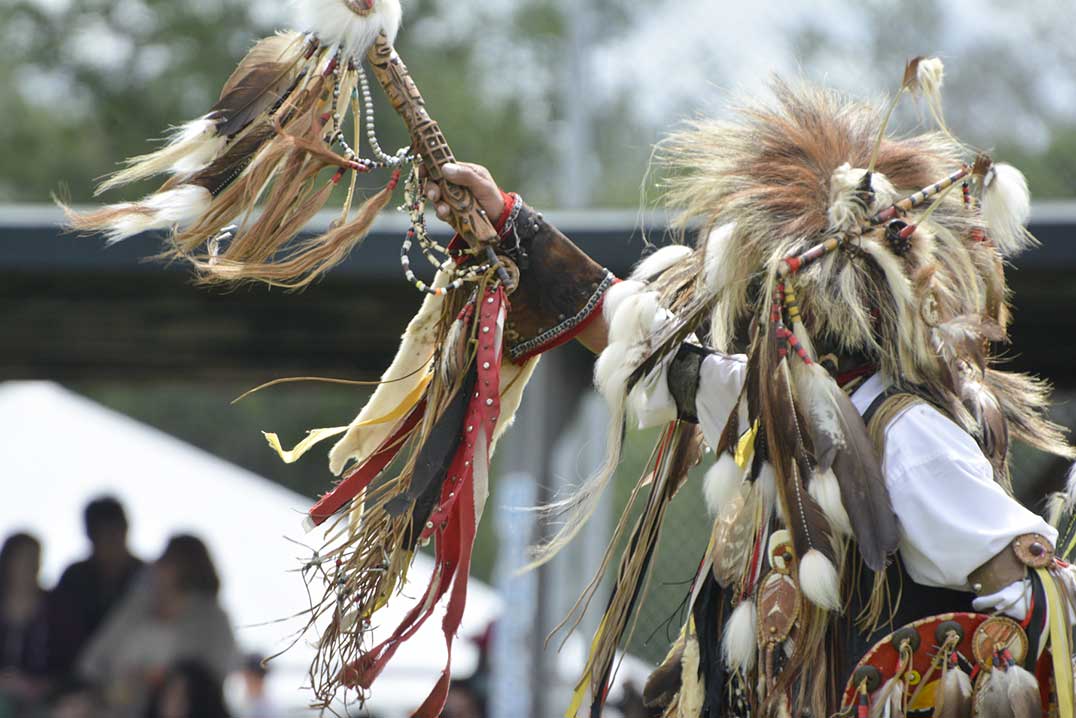 WIIKWEMKOONG—Beginning in 1960, the Grandmother of Powwows is 58 this year, and although it has long since expanded into a full blown cultural festival, the Wiikwemkoong Annual Cultural Festival is still one of the brightest jewels on the powwow circuit.

This year the festival has pulled in a heavy hitter master of ceremonies to complement Chris (the Pleasant) Pheasant, Ruben Little Head Sr., hailing all the way from Lawrence, Kansas.

“We have a head staff that are all paid positions,” noted Sheena Wassegijig, cultural coordinator with the Wikwemikong Heritage Organization (WHO), “but there are a large number of volunteers that handle the gate, admissions, raffle sales, medicines, smudging, tabulation, registration and trade booth. The volunteers rotate on a four-hour shift basis and there are more than 50 volunteers working over the three days. We basically operate from 10 am to 10 pm, but some people are still working after midnight.” 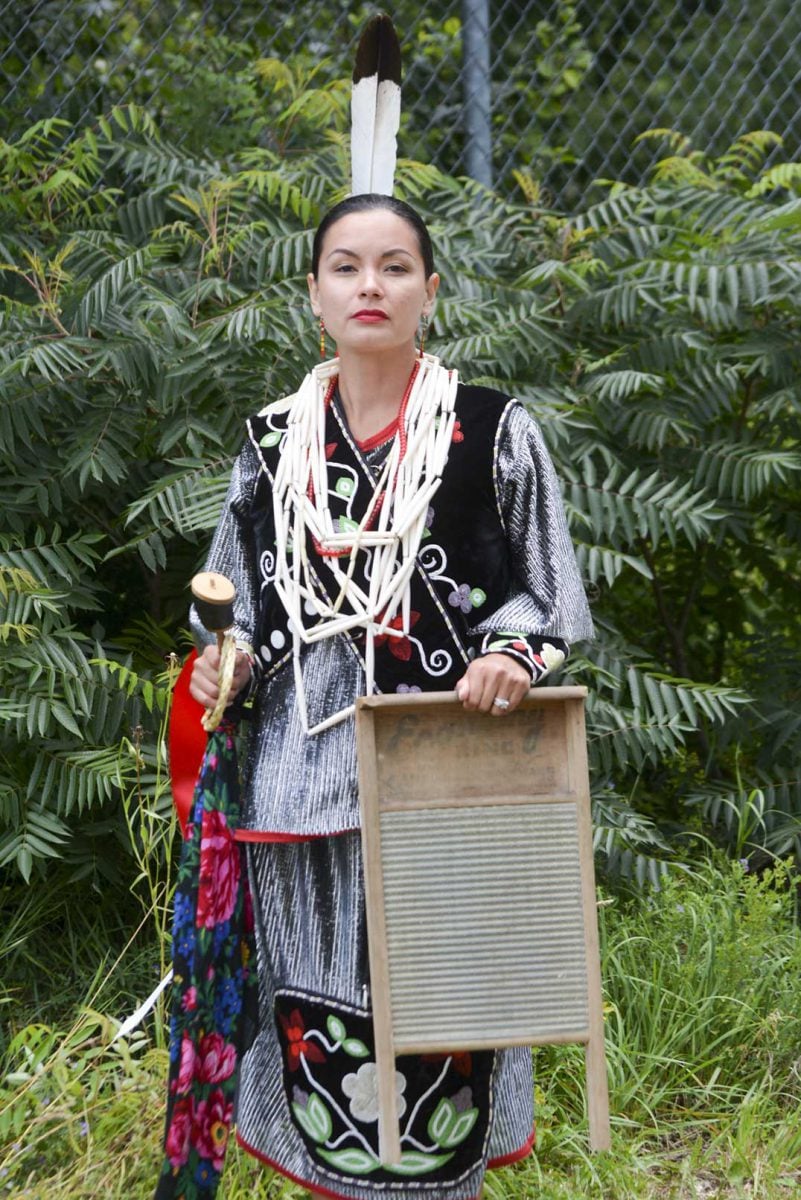 The Cultural Festival is a real community effort bringing a host of cultural events and demonstrations unrivaled in the North. Unlike the community’s traditional powwows, the cultural festival does not have a “theme” as such, but each year the festival highlights a cultural event and/or one of the dances.

“This year we are highlighting the hoop dance in the cultural forum,” said Ms. Wassegijig. “Ascencion Harjo, the 2018 world champion will be giving demonstrations. He won the world championship in Albuquerque, New Mexico. He holds the same title as Wiikwemkoong’s Lisa Odjig did. He is only 16 but has danced for the Indigenous Games and the Black Eyed Peas.”

Lisa Odjig will also be holding interactive workshops on the hoop dance, its background history and symbols for aspiring young dancers or those wishing to learn more about the form.

The art pavilion will return with Nikki Manitowabi presiding and there will be a focus on the Challenge for Change program, including a demonstration of the language app that helps link those wanting to learn more about the language with community resources. 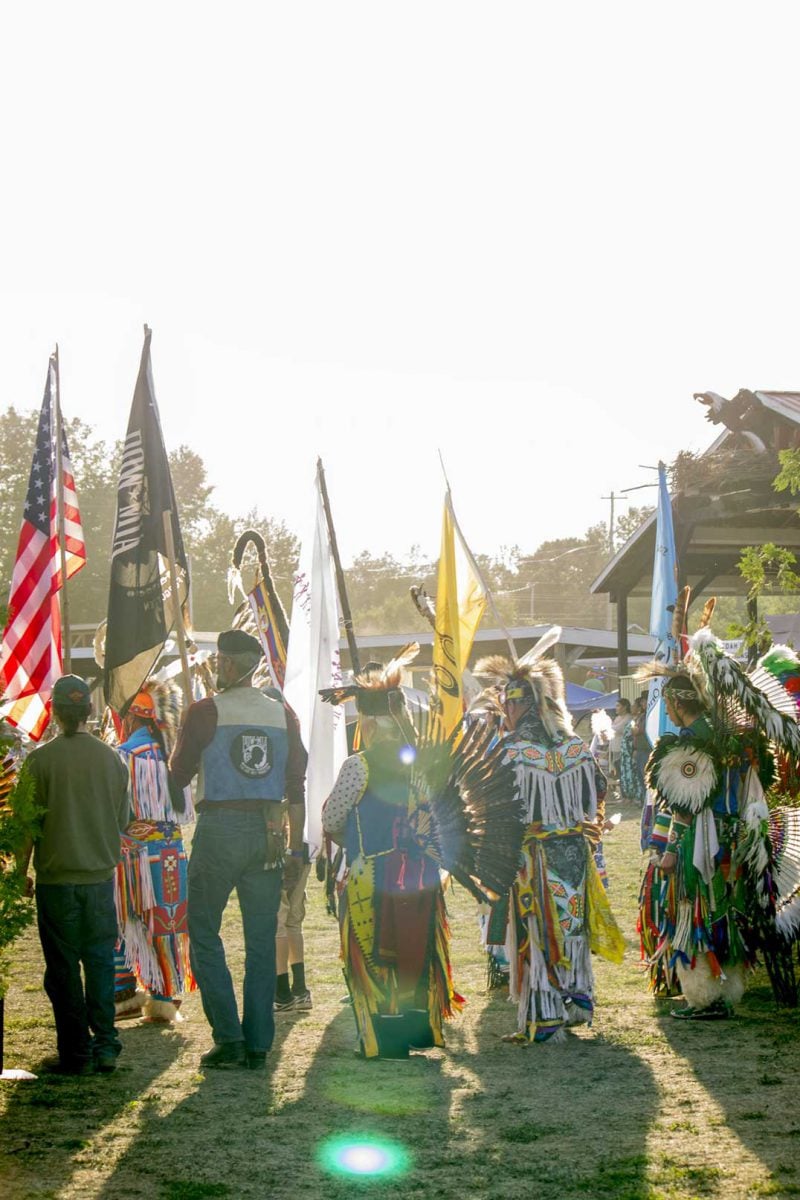 “As usual there will be lots of food and lots of crafts,” said Ms. Wemigwans. And dancers, lots and lots of dancers, as some of the best dancers from across Turtle Island will be in attendance vying for prize boards, most of which start out at $1,000 and range down to $500 for fourth. Teen categories start at $300 and children from $150. But the drum competition hauls in the chi-zhooniyaa with a top prize of $5,000.

Rural Roots will be performing for the free Friday night social at Thunderbird park on August 3, from 4 pm to 8 pm, hosted by Wikwemikong Department of Lands and Natural Resources.

“The Wikwemikong Heritage Organization would also like to acknowledge generous fundraising contributions for this event made by Chase the Ace Wikwemikong Group,” said Ms. Wemigwans.

This year will also see a strong emphasis on pedestrian safety.

“There will be no parking on the Kaboni Road, we are going to try and keep that as a pedestrian area,” said Ms. Wemigwans.

The Wiikwemkoong Annual Cultural Festival is an alcohol and substance free event. Anishinaabe vendors only and there will be 24-hour security at the event grounds.

Daily admission is $10 for adults, $2 for children and an adult weekend pass is $20. Children under 6 and elders over 65 are free. See the ad on page 8A-9A in this newspaper.