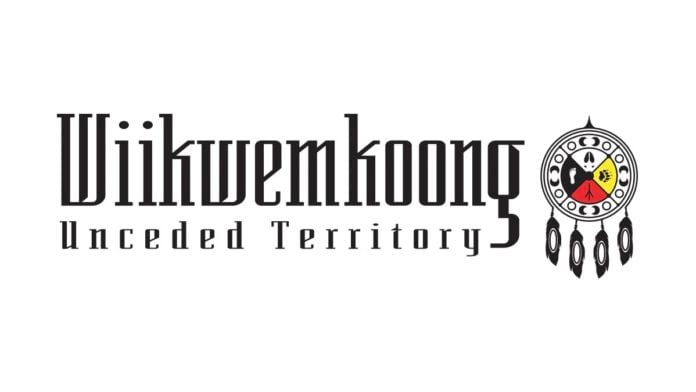 ﻿WIIKWEMKOONG—It’s early days yet, but Wiikwemkoong Unceded Territory citizens got thier first glance at proposed waterfront redevelopment focussed on four development nodes: Smith Bay, South Bay, Buzwah Park and the Prairie Point landing during a hybrid in-person and Zoom presentation held April 21 at the upstairs hall of the Wiikwemkoong arena.

Wiikwemkoong Tourism Manager Luke Wassegijig noted that the concepts put before the community were very initial-stage and that the event was aimed at gaining community input that will inform the final proposal. Consultants 3rdLine Studios architects (formerly Castellan James and Partners) were engaged to steward the planning process through its initial phases following an RFP process in 2021.

Among the proposals were to enhance the boat launch in Smith Bay, perhaps adding in a cultural pavilion as well as a waterfront boardwalk.

Running through the entire project is a consideration of any and all cultural and environmental impacts, stressed Mr. Wassegijig. As such, community priorities such as employment creation, revenue generation, the identification of resources for economic opportunities must be informed by the community values of stewardship of the air, water, land and fish habitat.

Hopes for Buzwah Park include an angling station, as that area of the bay is a popular fishing destination, but the geography of the waterfront there precludes a boat launch. “We examined the whole shoreline there for a suitable location, but most of the land along there is private,” he said. But the area is otherwise well-suited for day visits and shoreline fishing.

South Bay design elements will include a boat launch, something that has been identified as a need by the community there. “There isn’t a boat launch there so people have to rely on municipal facilities (across the bay at Manitowaning). This will provide an opportunity for community members to access the water closer to home.”

While there were preliminary drawings on hand for the community consultation, Mr. Wassegijig declined to share those documents as doing so would result in inaccurate information. “They were very preliminary and are going to change as a result of the community’s reception to them,” he said.

Mr. Wassegijig noted that there has already been $205,000 in development work put into Prairie Point, largely thanks to the efforts of the Wiikwemkoong Anglers group. “They were responsible for $100,000 in fundraising,” he said. “They did an awesome job. If it wasn’t for the Wiky Anglers we wouldn’t be where we are today. It was a real community effort.”

The waterfront development project was funded in part by Northern Ontario Heritage Fund Corporation and a significant investment by Enaadmaagehjik (Wiikwemkoong Development Corporation). 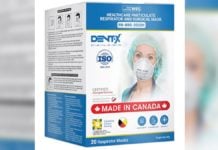